Defend the world from aliens once more with new suprises 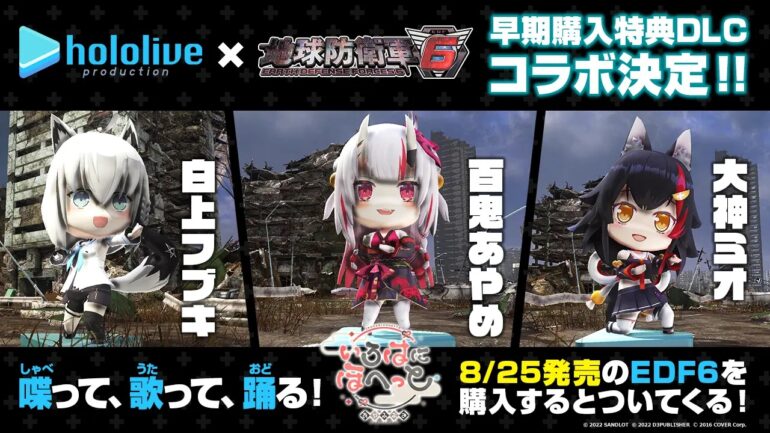 To celebrate the occasion, the D3 released a new gameplay trailer for the game.

In a live stream event, the developers of Earth Defense Force 6 have announced the release date of the game as well as new details of what to expect when purchasing them.

The release date of Earth Defense Force 6 is set for August 25th, 2022. Fans can purchase the game both in the physical and digital versions now on the PSN store. Players who have PlayStation Plus can avail of a 15% discount if they choose to pre-order the game.

New Details for Those Who Bought Earth Defense 6 Digitally

The digital version of the game has a deluxe edition which comes with the following DLC items and a season pass as well. Not only that, the game can be purchased not only for the PS4 but also for the PS5.

For those who want to know whether they can upgrade their PS4 version of their game to the PS5, the answer is yes.

According to the developers, a free upgrade option from the PS4 to the PS5 is possible. The PS5 version of the game supports 4K quality and supports cross-play with up to 4 players.

Earth Defense Force 6 has invited and promoted Holo-Live Vtubers, Ookami Mio, Shirakami Fubuki, and Nakiri Ayame to become their spokespersons for the game. To promote the game even further, these Vtubers will be used as balloon decoys which players can get for free in their DLC. These decoys can speak, sing and dance as you hear them sing their version of EDF’s main theme song.

The DLC will be available until December 30 for those who have early purchased the game and such.

You can also watch this Livestream event news about Earth Defense Force 6 with a surprise visit from hololive vtuber, ookami MiO!