Ecotone is a game by Sundae Factory and as how it describes itself, it is a 2D sidescrolling platform game in which each stage evolves and in return prompts the player to do some brainwork. The game is set in a dreamlike world with a strange and creepy vibe to it.

There are a total of 3 worlds, each with 15 stages. Each stage involves a memory which gives a hint to the theme of the stage, for example (spoiler alert) one stage involves the phrase “I want to….” where below the screen it gives a hint of “back”, if you don’t pay close attention to it, by the time you think you’ve reached the end of the stage, the rest of the missing phrase reveals itself and it happens to be, as you have guessed it, “go back”. With the full phrase revealed being “I want to….go back” which would mean for you, the player, that once you’ve reached the end of the map, obviously, you would have to go back to your spawn point in order to finish the stage, so if you weren’t paying attention and you’ve stepped on all the collapsing platforms along the way which effectively seals your way back, you’d have to do the entire stage all over again to get it right. You can use different objects in each stages to help you get from one point to another. It’s stages like this which keeps Ecotone interesting and challenging. Ecotone’s theme of “evolving stages” is definitely and effective way of not only keeping the game interesting and fun, but it also makes the story relevant and engaging. 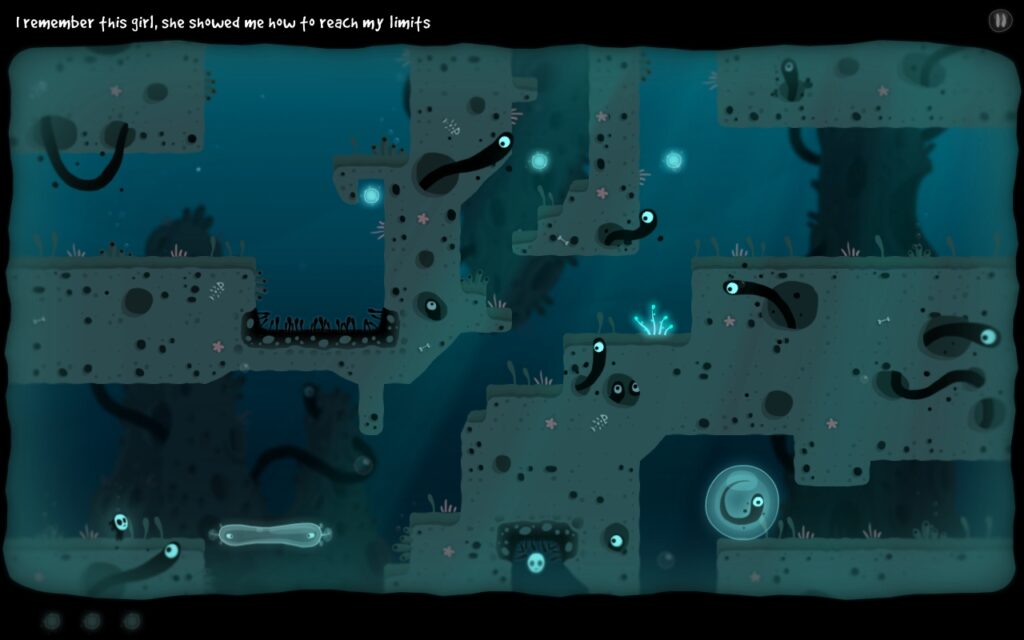 Every stage is cleverly built and well thought out. I would say though that players who’ve never played platformer games might not want to start out with Ecotone.

Controls are pretty easy to get used to. For the PC, keyboard controls aren’t that hard, you navigate around with the arrow keys, run faster with X and jump with Z and spacebar makes you use a special ability. The game does have a controller support feature but I’ve never tried how the game is in a controller, but so far, navigating with the keyboard posed no problems for me. There are times that the stage would mess with you and flip the controllers, so players should pay attention or you’ll find yourself running in reverse. There are also time that you get to control 2 characters at the same time which really demands a lot of control from the players. The game also 2 player controls, which I am guessing is for stages where you get to control two characters, I am not sure though if you can play the game with two players using two controllers. 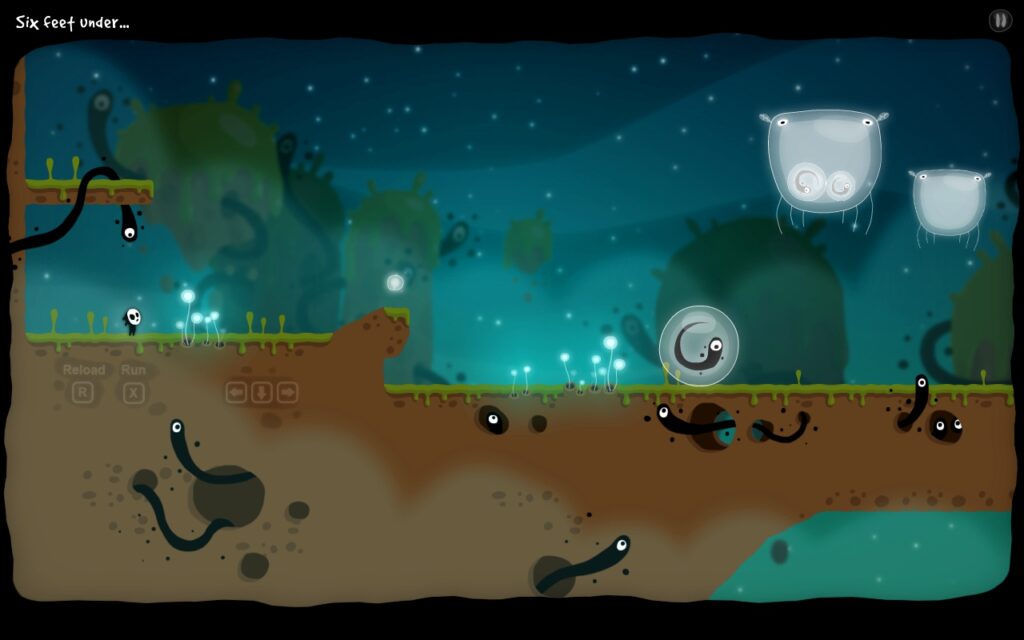 For its looks, Ecotone has a Limbo-ish vibe to it, except it’s not in grayscale. The graphics are pretty much on spot, nothing to hit about it since it is in 2D. All in all I would say, with games like Ori and the Blindforest, Limbo and etc…getting a hang to the atmosphere around Ecotone won’t take much effort. Players who enjoyed Limbo or platformer games in general should feel at home with how uniquely familiar the art on Ecotone is.

The sounds, specifically the music, is what completes the creepy, mysterious and disturbing vibe around ecotone. The moment you start the game, you get a feeling that you’ve entered something pretty disturbing and creepy and this is made possible with the music complementing the game’s looks. Besides its music, there is nothing pretty much left for me to say about the sounds of the game. 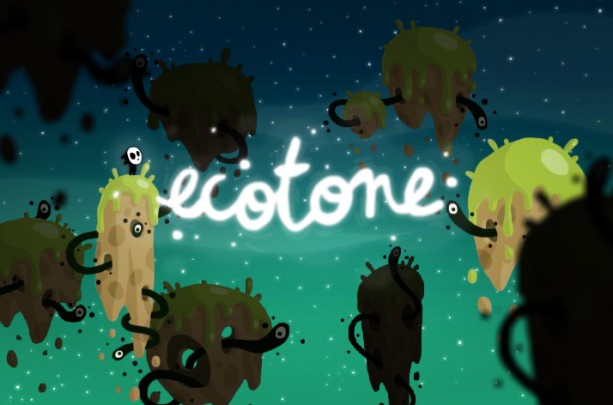 Ecotone is definitely a challenging game. Its amazing how a cute looking game manages to maintain a creepy vibe to it while gaining new feelings for the character for each memory unfolded For an indie game, it definitely is unique enough to stand out. It utilizes its story to its full extent and lets it dictate each puzzle’s theme. It’s intriguing story is enough to make the game stand out and makes you want to find out more with what’s going on in the world of Ecotone.

Each stages has its own themes which constantly keeps the game’s challenging levels afloat. It’s puzzles are intertwined with the story and will sometimes make a stage surprisingly difficult or surprisingly easy but nonetheless unique enough to satisfy players who are into puzzle solving. Players who’re into platformer games which you can speed run like Megaman, might not find this to be their cup of tea. You have to plan out your approaches on each stage, you have to pay attention to details and hints or else you’ll die a repetitive and frustrating death. These are stages you can’t blindly rush and if you do, you’ll find yourself stuck in a stage longer than you should have been.  Nonetheless Ecotone is definitely a satisfying platformer, enough for me to give it an 8/10.