The legendary player that can carry you through Malenia butt naked has now gotten his own figure! Much-deserved reward for a gigachad! 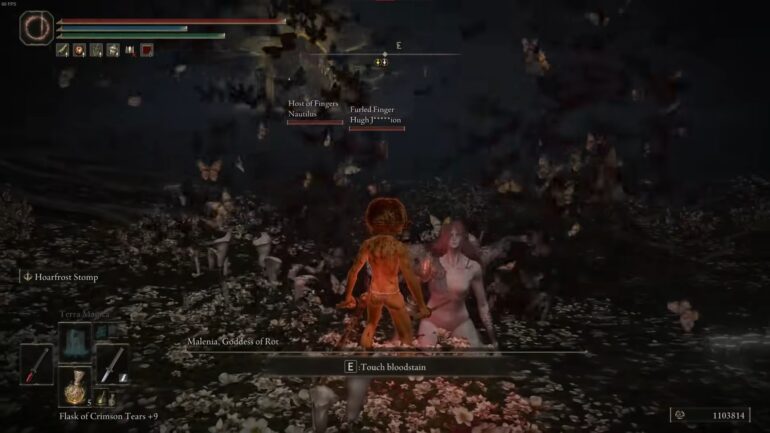 The most whispered and popular Elden Ring let me solo her Legendary Player just got his own figure, complete with paint and a base.

One of the many powerful bosses in Elden Ring, and possibly the most challenging one, is Malenia, the Goddess of Rot and Blade of Miquella. She is well-known by the community for her powerful and devastating attacks that can deplete full health bars in seconds. Many have overcome her with their own methods, but there is one legendary player that has calmly defeated her over and over again and have not been nicked by a hit even once. This is “let me solo her” player.

For those who might get shocked with the image of the figure of the player, to put into context, “let me solo her” usually helps out other players that are having problems with Malenia dressed like that. He is almost naked with only his underpants, a jar on his head, but wields two powerful katana blades in each hand: Rivers of Blood and Uchigatana, possibly maxed out on upgrades with the latter weapon having bleed effect for days. Some say Malenia is weak to bleed attacks, which could be the reason for the Uchigatana and Rivers of Blood weapons. It does not mean he only leans on the weapons though, this player is so good that some say he has already beaten this particular enemy for weeks.

Known as KleinTsuboiOW on Reddit, his character is now so famous that it got its own awesome figure, 3D printed by Elden Ring fan and Reddit user etherealSTEVE1. He shared his work on the Elden Ring subreddit and it looks gorgeous completely painted and has its own base to make it stand.

KleinTsuboiOW also commented on the post saying the figure looks beautiful and wished that he had his own 3D printer to make this. Another Reddit user even offered to ship the figure to him and would waive the shipping fees. He does deserve it though for his grand achievements of easily defeating one of the most hated and powerful bosses of all.