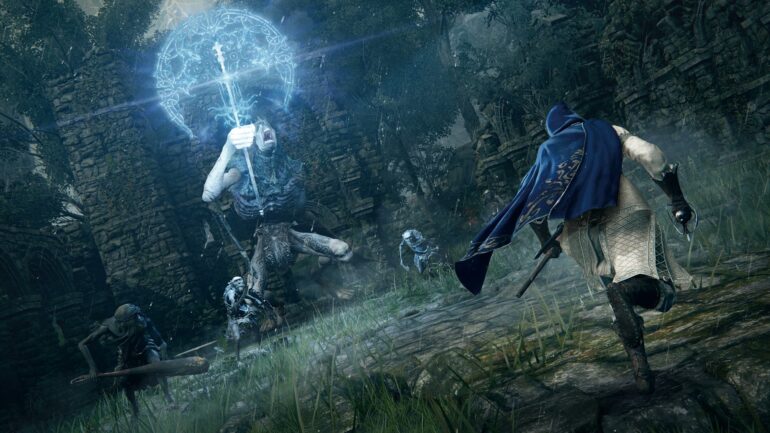 One Elden Ring player made a genius move in order to avoid an invader from killing him: become an enemy NPC.

Invasions can be a problem sometimes especially if players want to be left alone with friends playing multiplayer and just safely complete quests. Other players can invade them if only they go online and start multiplayer. Otherwise, they are safe from invasions and they can go on their adventures, but they will be alone though.

Invasions does have benefits if players are able to repel the invaders. They get rewarded for their efforts with runes and also an item. It is also the same for the Invaders as they get something in return for killing the other whole party.

One player though did the pacifist method to make the Invader leave. It also made them leave quietly and not cause any disturbance while he was there.

Reddit user xdc_lis first killed an enemy soldier in a forest nearby the Church of Elleh and dressed up like him. He took over his patrol route and walked around like an NPC. He waited for the Invader to arrive and after a few minutes, it happened and the enemy was waltzing around the area looking for the host. Funnily enough, the Invader went all around the area and even passed by the host multiple times but he seems to have not found the host at all.

First of all, the compass in-game has an indicator that reveals the general area where the host is. It disappears whenever they are nearby the host, which kind of gives a hint for them. He could also lock onto any character nearby to detect the host, but the Invader seemed impatient and forgot this method. Luckily for the host, the Invader failed to grasp these features and still could not find him.

After long hours of waiting and walking around, the Invader got frustrated and surrendered. He left the area peacefully and the host was safe. Pacifistic method of winning an invasion was a success!