Her story is born out of tragedy though. 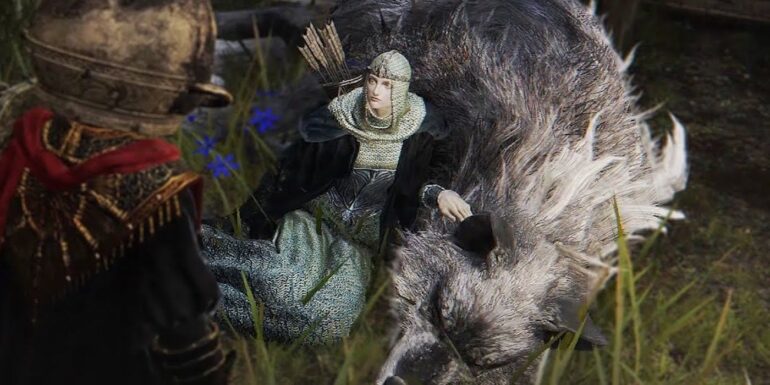 Another interesting and unique secret just got discovered and one Elden Ring player found out about it involving one Albinauric spirit summon.

Latenna is an Albinauric spirit summon that can be found after completing a certain short quest. When found, she is together with her partner wolf which seems to have died already. After certain dialogue sequences, she leaves with you and becomes a spirit summon.

As a spirit summon, Latenna is a bit unique. She can fire arrows accurately at targets at long distances. The only caveat is her movement, which is stationary. She is more like of a turret so if you are far from her, she will not be able to help at all. Until this discovery.

Remember that poor wolf that died? It was actually a clue on her unique mechanic. Reddit user neoPie discovered this when he was visiting Caria Manor and came upon a large Troll Knight with several enemies nearby. The player then deployed Latenna as his backup. Then came along a random direwolf monster.

At first, the Direwolf attacked Latenna and she fired back with arrows. Suddenly, she was somehow able to subdue to wolfd and then she climbed on its back and rode with it. She was now mobile and fired at enemies that she comes across. The direwolf is still aggressive though and can be damaged by the player, but her climbing up its back was such a surprise.

Next time you find a direwolf and you are bringing along Latenna, try this mechanic out.