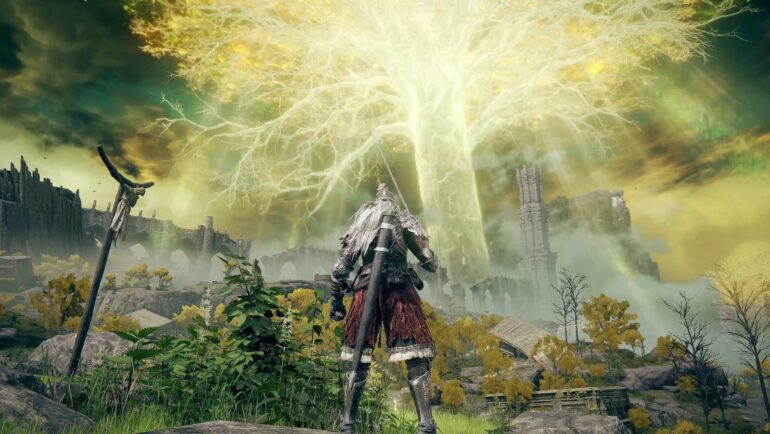 Elden Ring has been one of the most anticipated games in the recent years. And with its release date so close, Elden Ring stands as one of the best reviewed games in modern gaming.

Once reviews have started dropping for the game after its embargo lifted, players may find a lot of excitement that a lot of publications have given Elden Ring such high scores. We even have our own Elden Ring review by Adrian Morales you can find here.

At the moment, Elden Ring is one of the highest scoring games of all time on both Metacritic and OpenCritic. These two websites have compiled scores from trustworthy publications and give an average based on all the scored compiled. It’s generally a great indication for deciding whether a game is good or bad.

Over at Metacritic, Elden Ring sits at a score of 97 gather from the 45 publications who all have a positive review of the game. This ties it with the Legend of Zelda: Breathe of the Wild, Metroid Prime, and GTA V.

For comparison, only 4 games have ever scored a 98 on Metacritic. And only the Legend of Zelda: Ocarina of Time has ever reached 99 on the website.

OpenCritic has scored it a little lower at 96 for Elden Ring. Still the general consensus is quite positive and we could still see the score improving in the coming days.

It is important to note however, that Elden Ring is very fresh and hasn’t even been released yet at the time of this writing. New reviews can arrive which might affect the 97 score Elden Ring is currently sitting on. So in the following days post release, we could see it reach higher or lower.

Still that doesn’t mean that this isn’t an impressive achievement from FromSoftware. From our review we called it “a culmination of everything that FromSoftware has created in the past 13 years. Refining, reworking, and incorporating the best parts of their whole catalog into one complete package.”