With this acquisition, Embracer Group adds more than 300 intellectual properties to their portfolio 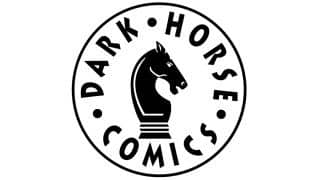 Swedish Video Game Company Embracer Group have announced that they have entered into an agreement to acquire Dark Horse Media. After being officially bought out, Dark Horse is set to become the tenth operative group of the Embracer group.

Dark Horse founder and CEO Mike Richardson will continue to lead the company together with existing management.

“I can’t express the excitement I feel as Dark Horse moves into this new chapter in our history. The synergies that exist with the Embracer network of companies promises exciting new opportunities not only for Dark Horse, but also for the creators and companies we work with. I’ve had a number of compelling conversations with Embracer CEO Lars Wingefors and I’m very impressed with him and what he and his team have built. I have to say, the future for our company has never looked brighter,” says Mike Richardson, founder and CEO of Dark Horse.

Dark Horse owns or controls more than 300 intellectual properties, many of which built upon strong foundations and carries with it the potential for future development across PC, console, VR, and mobile platforms.

On top of that, the acquisition strengthens Embracer’s transmedia capabilities in content development, comics publishing, and film/TV production.

Headquarted in Milwaukie, Oregon, USA, Dark Horse has entertainment offices in Los Angeles and has 181 employees across its three business units:

What exactly is the purchase price?

Due to commercial reasons the specific transaction terms are not disclosed. The transaction will be accretive to adjusted earnings per share.

Post completion of the acquisition business will remain as usual and there is no planned restructuring.

The transaction is subject to certain closing conditions, including merger control approval, and is estimated to be completed early 2022.