LEGO is the answer! 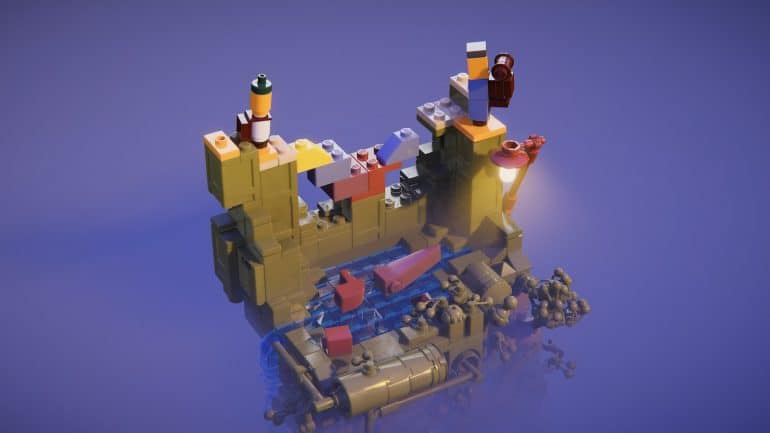 Update: It was confirmed that the next free game title is indeed LEGO Builder’s Journey.

Epic Games Store continues its Epic Games free mystery game giveaway and today, no leaks have been revealed. Sirus Gaming offers its own predictions on what title should be given away today.

This is the seventh day of the Epic 15 days of free mystery games given away by Epic Games. As a tradition, subscribers to the store can redeem all of these select games for free for a limited time only, which is usually a day. After the time limit, another free mystery game will be revealed and the time limit restarts.

So far, the titles given away are not that popular except for Them’s Fightin’ Herds and Wolfenstein The New Order. The latter has been given away so many times already that it was given the title of “One of the Best Free Epic Games Offered.” For those who are curious, here is the full list:

No Leaks but Rumors Persist

There have been no leaks from reputable leaker Billbill-kun of Dealabs for this day’s free game, but there have been rumors. Some predict that the next free mystery game to be given away is a LEGO title, and LEGO Builder’s Journey is at the top of the list of suggestions.

There is a reason for suggesting a LEGO title, which is evident in the new Epic Games free mystery game image. The image has red and yellow colors, which is similar to LEGO’s logo, and in the mix of Christmas décor inside the image are bricks. LEGO bricks.

There were other titles suggested like LEGO World, The Incredibles, and other LEGO games, but the common game that got suggested was LEGO Builder’s Journey.

According to the game’s description, it is an atmospheric, geometric puzzle game that offers freedom to follow the rules or break them. It has a Creative Mode that will allow players to build their own models. In Photo Mode, they can adjust camera angles, change the lighting, and take pictures to share with friends.

As of writing, the next Epic Games free mystery game will unlock in 2 hours and 30 minutes.