Everything You Need To Know: Monster Hunter Stories 2: Wings of Ruin 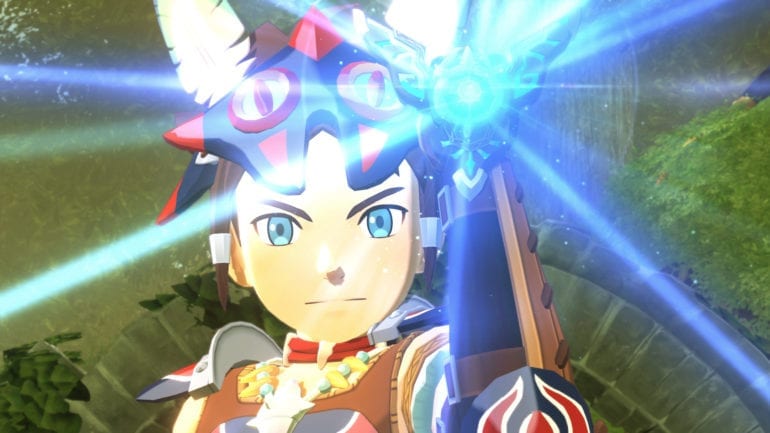 Your rider in Monster Hunter Stories 2 is the grandchild of Red, one of the most accomplished monster riders to have ever lived but has gone missing. Upon encountering Ena, a Wyvernian girl, you discover that the Rathalos and wyverns are mysteriously disappearing from the earth. She entrusts in you a Rathalos egg that is soon to hatch and it is your quest to help save the Rathalos and solve the mystery of their disappearance.

Much like Pokémon, monsties are the collectible monsters that have been tamed by the player character and will join you in battle. There is a monsterpedia that will index all monsters that you encounter throughout the world and a separate monstipedia that tracks all the monsties that you have collected on your journey. In order to tame monsties you must carefully steal an egg from a monster nest and scurry back to your stable to hatch and begin assembling your monstie army. With monsties on your side, you can harness their genes, unique to each monstie, to create a powerful team tailored to your playstyle.

Wings of Ruin features a turn-based system very similar to current Pokémon games but what sets Monster Hunter Stories apart is it’s a rock-paper-scissors style of tactics. How you fight is dictated by how you believe the opponent will attack you based on what type of monster you are fighting. There is speed, power, and technical as the monster fighting types. Speed will beat power, power will beat technical, and technical will beat speed, be sure to keep this in mind to counter your enemies properly. In case you’re ever in doubt, your feline companion, Navirou, will give you some hints in combat. The better you do in a battle, the higher that the kinship gauge grows which you can use up during battles to unleash even more devastating attacks.

One of the most exciting features of Monster Hunter Stories is the interactivity of the monsters you collect along by using their riding actions. You can use the unique abilities of certain monstie types to explore the world and more. Need to cross a body of water or ward off some enemies on your tail? Monsties on your team can get it done. Your monstie friends can help you fly, swim and jump across obstacles you encounter so get collecting!

The main questline can only be played in single-player mode but Capcom has made sure that there are plenty of things to do with your friends online. Of which there are side quests that you can complete together along with expedition quests where you and a friend can crawl a monster den in an attempt to snatch some shiny eggs to add to your ever-growing monstie arsenal. If you and a friend want to battle against monsters try out the trial quests mode or the slaying mode that is in the style of classic Monster Hunter where your goal is to find and defeat an assigned monster. There is even an added PvP mode where you and three other players can pit your monsties against one another with varying rule sets to see which team is best. Nothing is more fun than a day of Monster Hunter with friends and Monster Hunter Stories 2 continues the tradition.