Lucky joiners will be able to try this out tomorrow! 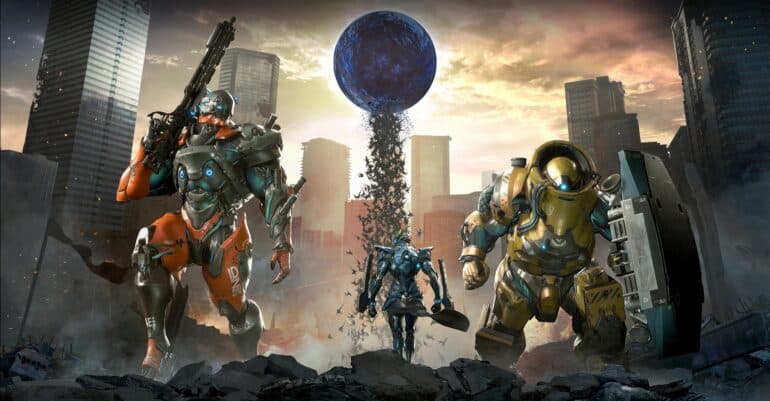 A new post on the upcoming game’s Twitter account has revealed some new details about it including the new Barrage Exosuit. It includes a short clip of how the exosuit plays in the game where it has an area of effect attack that damages multiple dinosaurs in a small radius. Quite a powerful armor to use in the game, especially on handling multiple dinosaurs raging towards the team.

The Twitter post also revealed the upcoming Exoprimal Global Closed Network Test schedule. It will be 24 hours only and it will start on August 6, 2022, at 5 PM PDT/ August 7, 2022, at 1 AM BST. Players will be able to try out various exosuits including the Barrage Exosuit that was shown on the Twitter post. Previous posts included the demonstration of the Raptor Super Swarms, combat mission Data Key Security, the Roadblock Exosuit, Neo T.Rex, and more.

More hints will be posted in the coming days sharing more details about this crazy upcoming game where dinosaurs come out from dimension holes and are out to destroy mankind.