Since both have dinosaurs and by CAPCOM, maybe? 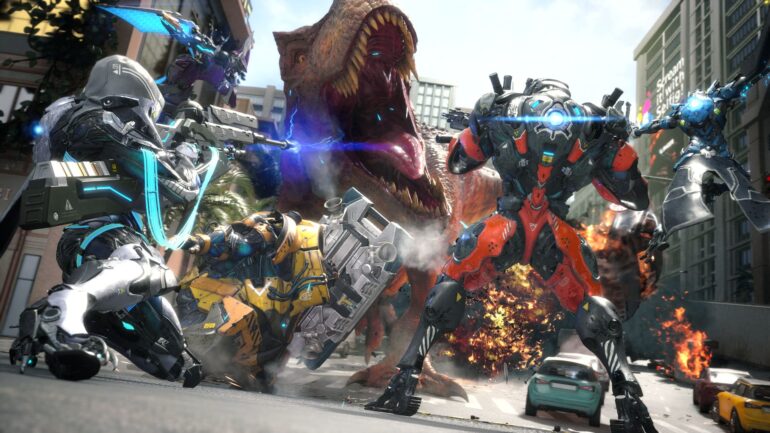 The director of upcoming CAPCOM video game Exoprimal has recently confirmed something that many fans have been wondering about.

Is Exoprimal Related to a Classic CAPCOM Title?

These fans are not even fans of the upcoming game. They are fans of one of the classic titles of CAPCOM, Dino Crisis. Many have been wondering if the upcoming game Exoprimal is somewhat related to their most favorite game of all time since dinosaurs are involved. Director Takuro Hiraoka has some bad news for them unfortunately.

Hiraoka made it clear with media outlet IGN that this new game has no relation to the popular Dino Crisis classic title. Not one bit at all. He specified that it is “its own unique thing.”

The director also revealed the reason for the dinosaurs appearing in the game:

Once we had established our gameplay concept, dinosaurs were the first idea that came up for the enemies you would face. I thought that it would be fun to experience the threat of history’s most fearsome predators, and that if there were hundreds or thousands of them it would be an intensity that hadn’t been seen before. Once we had that idea, we felt that the only way to face the overwhelming strength and numbers of dinosaurs would be with futuristic technology rather than modern weapons.