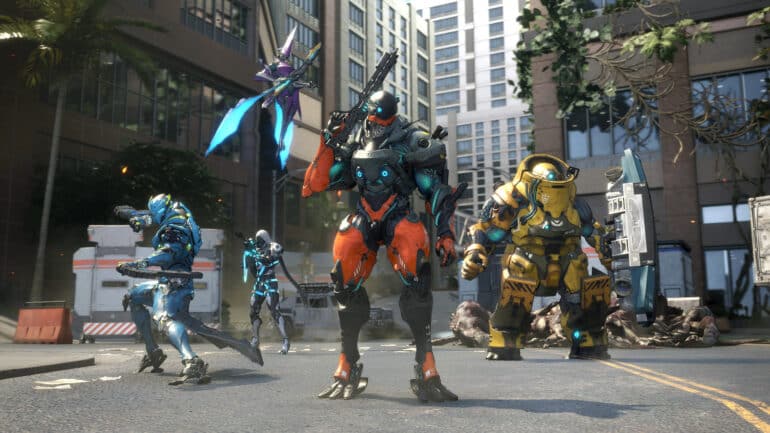 This new-IP features teams of five players wearing futuristic exosuits fighting against hordes of dinosaurs that are out to make humanity extinct. According to the newest post on PlayStation Blog, the year is set in 2043 and for reasons unknown, mysterious vortexes have been showing up everywhere and it unleashes endless swarms of dinosaurs upon the modern world.

Humanity has created these exosuits to combat these waves of dinosaurs and survive another day. Each exosuit has its own abilities and weapons to use against these waves. Players will have to cooperate and use strategies to survive a wave or else they will get wiped out. They can change exosuits if they find their recent one lacking power.