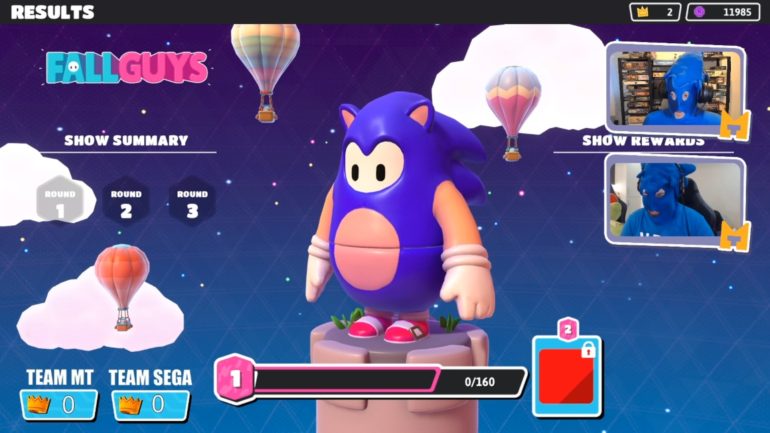 The Sonic the Hedgehog featured skin was rumored recently on Twitter after someone leaked a picture of its existence. Today, Mediatonic has made it official: they are teaming up with SEGA for this collaboration.

The new costume is priced 10 crowns, which can be easily earned today since Mediatonic has made it possible to increase the number of crowns earned recently. More crowns can now be earned via battle pass, so it would not be strange to see a lot of players wearing Sonic costumes later on.

This Sonic costume is part of the ongoing 60th anniversary celebration for SEGA.

Fall Guys is now on its Season 2. It is now available on PlayStation 4 and PC.