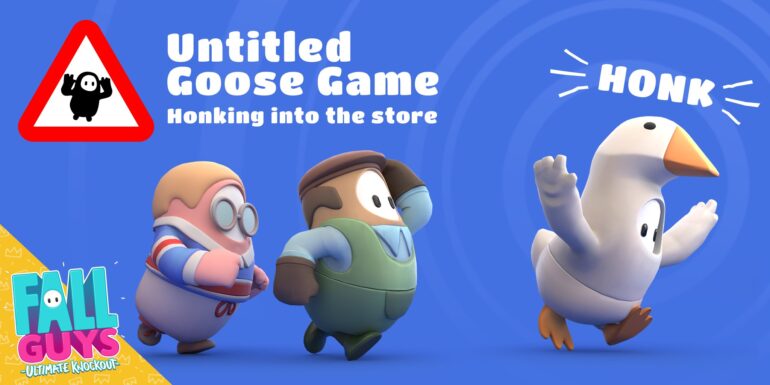 The official Twitter account of the game has posted that the developers will add three new costumes and a HONK emote with sound effects. These are costumes related to Untitled Goose Game.

The developers revealed that the Goose costume will be featured for the next few days and the rest will be available later on. The Goose Head and Butt cost 5 crowns each.