Fall Guys New Collaboration Gets Leaked Ahead of Reveal (Update)

A very popular collaborator this time! 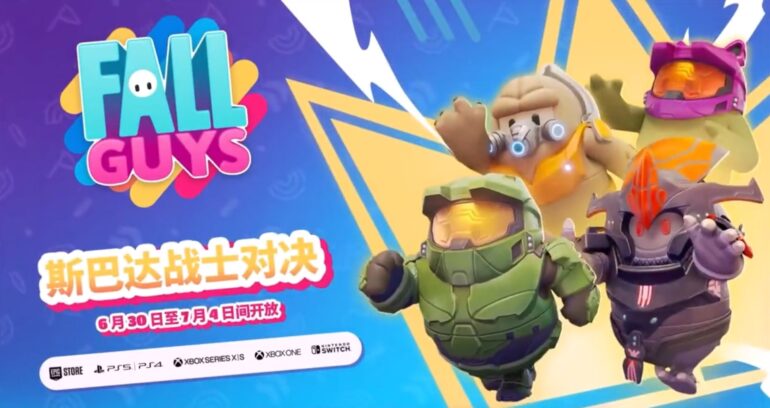 Original: An upcoming new collaboration for popular game Fall Guys gets leaked ahead of its reveal.

BiliBili, a popular Shanghai website, has recently put up a new trailer on it and for some reason, it had leaked content information of a game that was not announced yet anywhere. The subject was popular competitive online multiplayer game Fall Guys and its upcoming collaboration with another certain popular game as well.

Fall Guys is collaborating with the Halo franchise and from what the trailer featured, the beany characters will be getting costumes from the powerful Spartans like Master Chief and the aliens that humanity has to fight against. It was an interesting trailer as well because it was a bit unique.

The trailer featured all of the beans frozen in place and some are being held by strings. Only the pink bean character was moving around, passing the others and ultimately climbing the hill where the crown was being fought over by two beans, but got frozen. The pink bean almost gets it but the crown gets tipped over and it falls down the hill.

No word yet on when this event will officially be announced, but Shanghai got to it first.