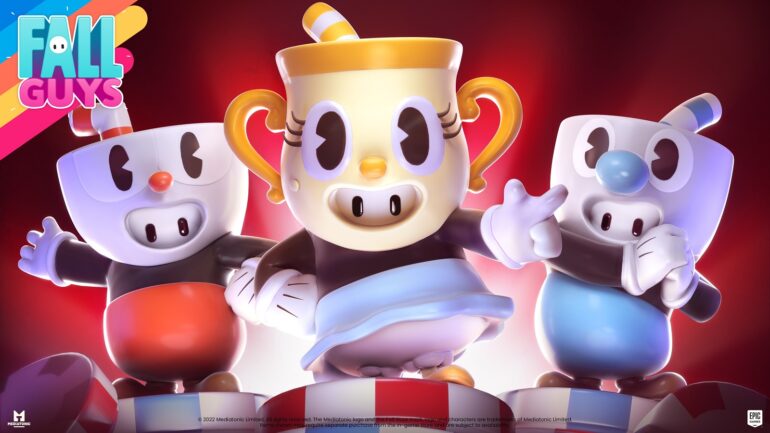 Mediatonic and Studio MDHR have recently announced that Fall Guys will bring back the Cuphead outfits again with a new one joining.

Since the recent comeback of Cuphead with its new expansion, one game has now gotten collaboration content with them and actually a comeback as they have partnered already before. Fall Guys is getting some awesome content again in partnership with this popular game and now they have added more to the mix.

According to the recent post on Studio MDHR, the Cuphead and Mugman outfits are coming back to Blunderdome for more Fall Guys action. They are also bringing a new character skin with them from the new expansion. Ms. Chalice is coming to Fall Guys as well as a character costume. Presumably, it will be available for purchase or winnable in the game.

The three costumes will be available on Fall Guys from August 20 to August 24, 2022.