With a new Season Pass and going back to Season 1 to celebrate! 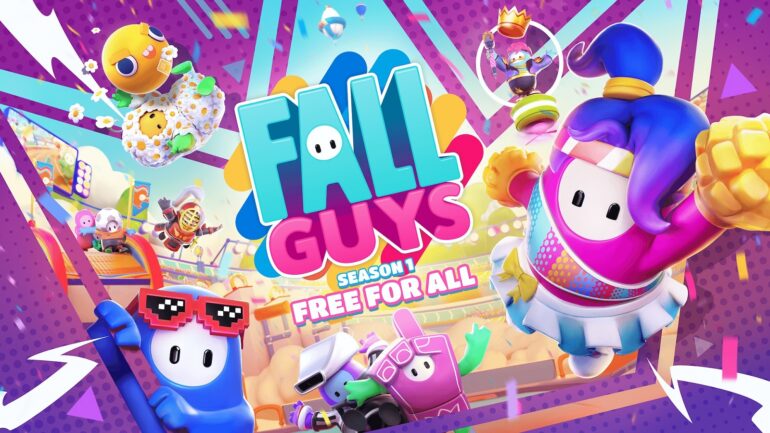 Fans will be happy to know that Fall Guys is going free-to-play next month, June 21, 2022. After six seasons, Mediatonic has decided to go to the free route and adding a new Season Pass to check out. With the reveal, more players will be joining the game and will have the same experience as before. There are other new features though.

Aside from going free-to-play, Fall Guys will have cross platform play and cross progression. Players can play on any platform they like and still play with others with ease. They can also transfer their progress from one platform to another for their convenience.

Speaking of crossplay and cross progression, there are more platforms now for the game. Players can now play the game on Nintendo Switch, Xbox One, Xbox Series X/S, and the Epic Games Store. They are all supported with the use of the Epic Games Account.

PS5 players will get a new version of Fall Guys when the Nintendo Switch and other new platforms gets released. It will have faster load times and other performance upgrades.

Playes who already have played the game before this new version will be able to get a new Legacy Pack. It will contain a nickname, nameplate, the Regal costume, the Veggie Dog costume, the Feisty Dwarf costume, and the Season Pass for Season 1. Make sure to have launched the game before June 21, 2022 to be eligible for the pack.

Since this is a new journey for Fall Guys, it will be back to square one, Season 1. It will start with a lot of new stuff to enjoy, new levels, costumes, and ever-evolving gameplay.

Season Pass will have free progression path that can be purchased with Show-Bucks, the new in-game currency. It allows players to get new costumes and other unlockables easily. Legacy Pack recipients get the first Season Pass for free.

There will be 100 levels to unlock in the Season Pass at launch and it has the ability to unlock the next Season Pass if they max the prior one. Those who do not get the Season Pass, there is a free progression path and the Kudos will carry over from the previous version for all players.

There are also some freebies to get by pre-registering. Just go to the pre-registration page and sign up for more information on the upcoming launch to unlock tons of rewards. It will depend on many people sign up those, so better let others know that there is a pre-registration page to visit first. All unlocked milestone rewards will be auto-generated to the Epic Account that players used to pre-register.

Fall Guys is now available on PS4, PS5, and PC. It will be available later on Nintendo Switch, Xbox One, Xbox Series X/S, and PC via Epic Games Store.