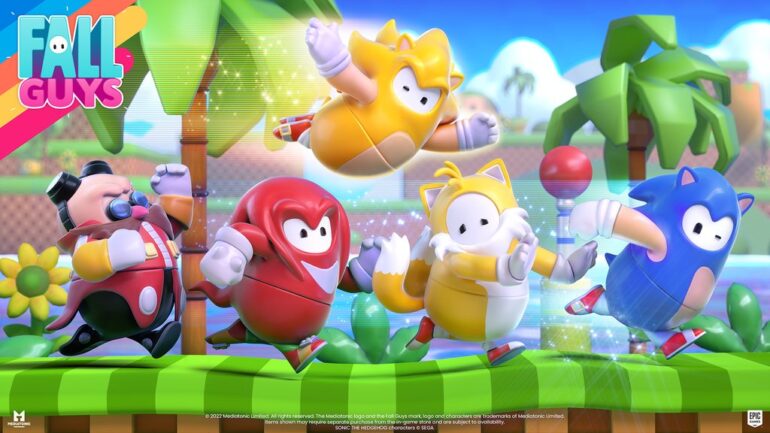 Mediatonic has officially revealed that Fall Guys is getting more Sonic the Hedgehog content.

After several rumors about Sonic the Hedgehog content getting added to Fall Guys, it has now come true. There will be more skins added to the game when gets released. Sonic and Knuckles got added previously in the game, but this time around three more will be added.

In a recent Twitter post on the official account of the game, the developers revealed the five skins that will get added to the game soon. The skins are Sonic, Knuckles, Tails, Eggman, and Super Sonic. Aside from the text, a new image was attached which showed the skins in action. The first four skins are seen running while Super Sonic is flying just like how it is depicted in the film Sonic 2. It was also set on the iconic Green Hill Zone.

Many fans are excited about the new skins as they were going to get a second chance in acquiring the Sonic skins and three more. They have also shared their interest in adding more character skins in the future like Shadow the Hedgehog and Amy Rose.

The Sonic skins will be added to the game when the Sonic’s Adventure event arrives on the game this coming August 11, 2022.