The next chapter in the FAR story has a release date 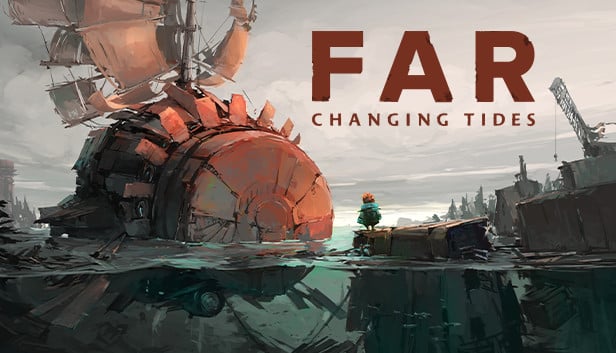 Frontier Foundry, the games label of Frontier Developments, has recently announced the launch date for FAR Changing Tides. The action adventure game is set to release on March 1st, 2022.

It has also been announced that pre-orders have opened up across console and PC. The Xbox version of the game will hit GamePass, day one. And finally, the Switch version’s pre-orders will open up sometime in February.

Developer by Okomotive, FAR: Changing Tides is the next part of the FAR universe. And continues the story where it left off in the first game.

Pre-orders for the Nintendo Switch will become available in February.

Across a two-hour runtime, these meditative videos invite listeners to lose themselves in the world created by Okomotive, from the gentle lapping of the waves to the rhythmic thump of the mighty engine that powers the ramshackle vehicle across a flooded world.

To anyone who needs to relax and help ease into 2022, enjoy the first Soundwaves – Above –