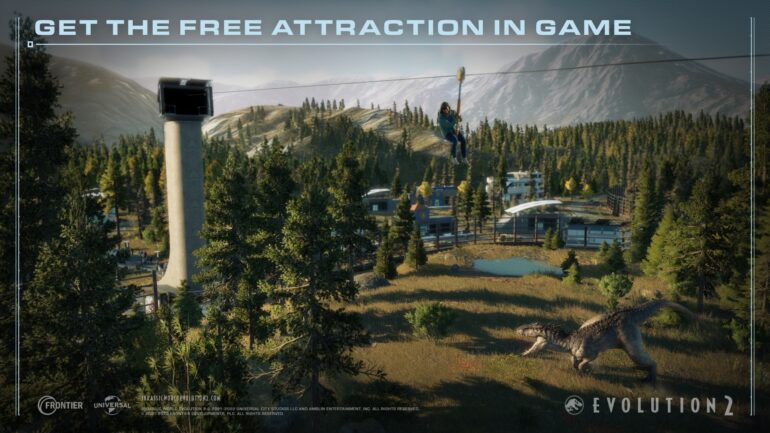 Jurassic World Evolution 2 celebrates its first anniversary with a new free base-game update, version 1.5.10, which introduced the new Zip Line attraction. This will be available to acquire via the Jurassic World era perks.

Dinosaur Park guests will now enjoy viewing various prehistoric species and marvel at the park from above with the Zip Line feature. This has now added more creative options to the game. Players can also try out this new feature by using the First Person View.

Fans are also invited to watch the celebratory Anniversary Livestream at 3PM GMT on Twitch, or YouTube.

Download the free update today on all versions of Jurassic World Evolution 2.

Jurassic World Evolution 2 is out now on PC, PS4, PS5, Xbox One, and Xbox Series X/S.