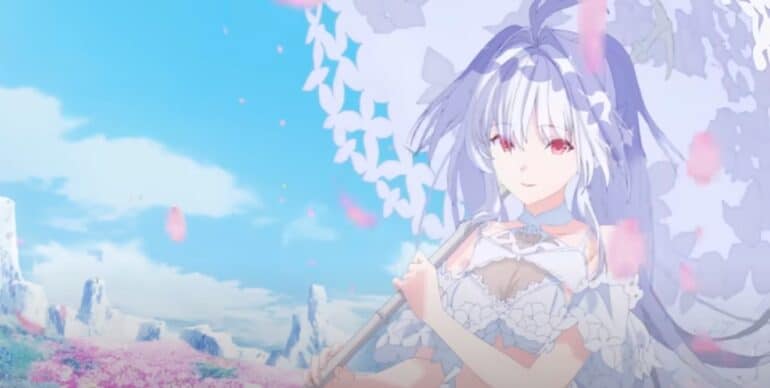 Summer is that time of the year for many gamers to relax and have fun on the beach. But in the world of Fate Grand Order, there is no such thing as their new Summer Event coming soon. Fans are wondering what other potential summer servants will make their debut in the game. In the 7th anniversary stream of FGO, it was teased that Lady Avalon (Proto-Merlin) & Gareth will be Summer Servants for this year, and was recently leaked that there will be more servants to appear in Fate Grand Order JP Summer 2022 .

Recently, the developers of the game have revealed the official list of Summer Servants that will appear in Fate Grand Order including a small preview of what players will expect in the event.

The event for this year’s FGO summer event 2022 is titled,” FGO  Arctic Summer World! ～Tourism in Chaldea Midsummer Magic Garden.” The Event will start on Aug 10, 2022 – Aug 31, 2022. This event will last at least half a month and there will be a ton of unexpected surprises for gamers to experience in this year’s summer event.

“Set in a theme park-like singularity that suddenly appeared in the Arctic Circle, the Master will travel around the paradise created by Servants wearing swimsuits to solve the situation. Muster all your skills and gather materials in this event and build your settings to its fullest and explore the wonderful artic region of this summer fun adventure.

In the stream, it is revealed that there will be 7 new FGO summer servants in this event. Among the 7 new servants, one of them is considered a free or rather a welfare servant that can be part of your party during event & added fully to one’s party once the players complete the event and that is 4 Star Assassin Servant, Valkyrie.

According to the developers, players will have to chooses 1 of the 3 Valkyries that is free in the event.  Whichever servant they choose will use throughout the whole event. The illustration and explanation of the name, illustration, profile, battle character, voice, and bond dress are different however, their skills, attacks stats and even NP are the same.

The rest of the servants that will be present are the following:

One of the Knights of the Round Table will have summer form in this year’s event. She will a 4 star Saber servant and will bring the sunlight down to her enemies. Her NP is called Lupus Strikefang that deals damage to all enemies and her Overcharge skill that Increase own Attack (1 turn) & Increase own Attack when field is [Sunlight] (1 turn).

Originally a welfare servant that debuted in FGO’s Fate/Requiem: Board Games of the Apocalypse. She will be one of the servants that will have a summer form and it is confirmed that she will be a 4 Star Avenger. Her NP is called “Ame No Kagami no Fune” that targets a single enemy. Further details about skills is yet to announced.

This demon girl that made an impact in FGO Cosmos in the Lostbelt 5.5 Heinan-Kyo will have a summer version form as well. She will be one of the 3 5 star Servants that will be targeted by many fans and her servant class is Berserker. Her Np is called Ibuki no Mitama Hachimiyaku Dotou that targets all enemies and deals damage to them. Further details of her skills are yet to be announced.

the enchanted empress of China will be all grown up now as she will be swimming actively in this year’s FGO summer event. Her rank is still 4 star rarity but her class is now change to Caster. Further details of her skills are yet to be announced.

One of the top tier servants of FGO will have a summer form as well. Known for her buffs for Quick type servants, she will still be a 5 star servant and her class in this year’s summer event is RULER.  Further details of her skills are yet to be announced.

Craft essences related to the event were also revealed will give increase power ups and drop rates for specific items obtained when clearing a quest in FGO summer event. So far two craft essences with their skills have been revealed for this event while the rest of CEs will be available to obtain through other summoning banners.

Servants & Craft essence exclusive to the event will have summon campaigns and players can spend their saint quartz & summon tickets based on the following schedules: