A guide on how to defeat Hesperos in the fourth circle of Asphodelos of the Pandaemonium raid in FFXIV. 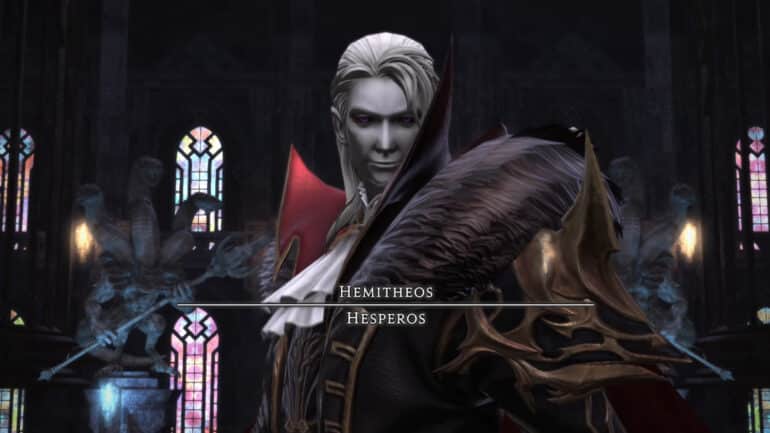 Pandaemonium is the first set of FFXIV Endwalker raids, and this guide is to help you unlock and complete the fourth of the four raids, the Pandaemonium Asphodelos: Fourth Circle.

Final Fantasy XIV just released their latest update on the Endwalker expansion and it also brought in more challenges with the its newest high-end raid called Pandaemonium. This is the fourth part of the Pandaemonium raid that picks up from the third fight with the Phoinix in the Asphodelos: The Third Circle encounter. Check out our guide for the first circle here to learn more about how to prepare for the Pandaemonium raid.

How to defeat Hesperos in Asphodelos: The Fourth Circle

The fourth circle will have players face against Hesperos, the Hemitheos. To defeat Hesperos, you have to know that he makes the fight more challenging by terraforming the stage that could become instant death traps for clumsy party members. To beat Hesperos, Party members will have to learn how to deal with Hesperos’ attacks so as not to get double whammied by these traps.

This place is a mess from top to bottom, so the safest bet is to stay in middle ground. You’ll fight in a square arena where the edges mean insta-death.

First Phase – to defeat Hesperos in Asphodelos: The Fourth Circle

Second Phase – to defeat Hesperos in Asphodelos: The Fourth Circle

As the fight progresses, the interval between the attacks become tighter and attacks will stack up on one another, so be sure to keep a presence of mind and try to keep up.

The fight can get quite messy and confusing at the final parts once all the visual effects flare up, so it’s best to party up with friends with good comms and assign at least one or two dedicated shotcallers to keep things organized within the chaos.

If you and your party members have managed to defeat and survive Hesperos, congratulations! You have conquered the Pandaemonium raids and have earned yourselves some sweet loot, along with bragging rights.

Running the Pandaemonium Asphodelos: The First Circle in FFXIV will reward you with loot. But take note that if you ran the raid and successfully rolled and obtained loot, you can’t get more loot from that raid until the weekly limit resets.

The weekly reset occurs every Tuesday midnight at 12:00 AM PST.

Getting gear from FFXIV raids isn’t simple. Each raid will drop loot corresponding to various equipment slots. Each raid only drops specific loot types, and you need a certain number of each loot type to trade in for the actual gear.

Every week, when you clear Asphodelos: The Fourth Circle, you’ll get a guaranteed Unsung Blade of Asphodelos. 7 can be traded for a Discal Tomestone. The tomestone is currently useless, but will be used to gain the next tomestone weapon in Patch 6.05. Obtain the weapon by trading a Discal Tomestone and 500 Astronomy Tomestones in patch 6.05.

Where to Exchange Pandaemonium: Asphodelos Raid Tokens in FFXIV

You can exchange your loot to Djole in Radz-at-Han (X: 10.3, Y: 9.6) or Mylenie in Labyrinthos (X: 8.3, Y: 27.6). Both are labeled “Pandaemonium Relic Exchange” and sell the same items, though the latter requires completion of the current Pandaemonium quest chain. Both Djole or Mylenie will accept 7 Unsung Blades for 1 Discal Tomestone.

This means you’ll need weeks of re-runs to fully equip yourself in item level 580 gear. You can only get one drop per week, so plan ahead. The drop restrictions should be removed in patch 6.1, then you can roll for anything based on previous expansions.

If you want to invite your friends to help you out on the raids, they may have to wait for now while FFXIV sales are still suspended as of this writing. Read more about the suspension here.

Check out this video by Rainesama on the Pandaemonium – Asphodelos: The Fourth Circle – FFXIV Endwalker Raid: