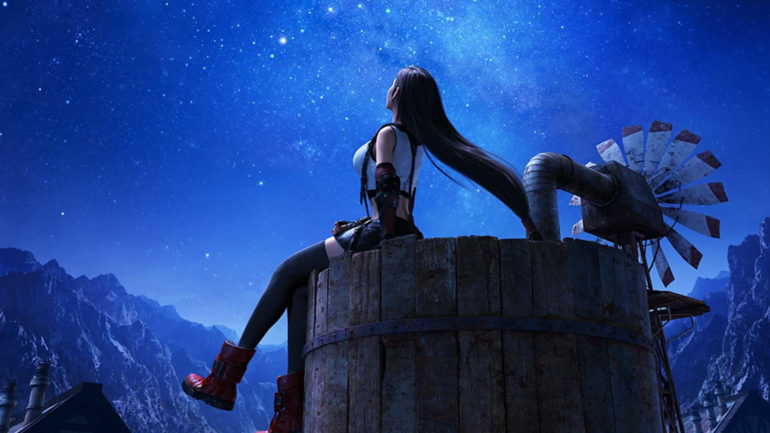 There was a leak of the upcoming game’s demo recently and this was just datamined by hackers. It revealed several interesting information that could spoil the upcoming game contents and its possible sequel. There are already several important plot points and scenes uploaded by the hackers and are now in the wild. It is best to stay away from such links for now if fans do not want to be spoiled.

The datamined content mostly includes the unfinished images that are attached to the demo’s game files. It shows multiple scenes from the game including what appears to be the ending.

One of the most controversial scenes in the game is the infamous cross-dressing Cloud quest, where he must dress up as a female to enter Don Corneo’s mansion. The trailers have only teased the fans aobut this, but the datamined images reveal some unfinished figures of this quest. The lighting looks awkward, but it does kind of represent what happens in this quest.

There were images of yet unseen characters like the mad scientist Hojo and the animal companion Red XIII. These are less spoilery since they are expected to come to the game.

The link to the images can be viewed at the source, but view at your own risk.

The upcoming video game remake will launch on March 3, 2020.