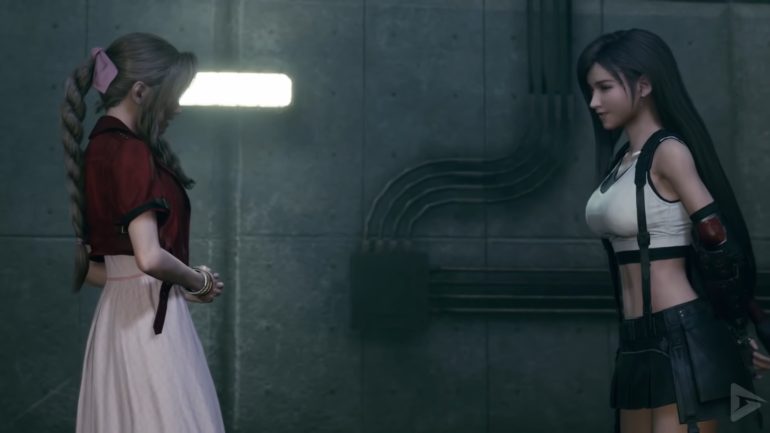 Final Fantasy VII Remake has become one of the most popular games in 2020 and the records show it all. It was recently revealed that the digital sales and shipment surpassed 3.5 million units in just three days, which is a big achievement for any game in the whole gaming industry. Many super fans have waited for this game to come into their lives and they are glad that they are able to play it now, even though it is still chapter one.

People behind this game, on the other hand, had to be careful that they would not step on those feelings and heavy emotions from the fans so that they could deliver the best game. Some of those involved are voice actors and in particular the ones behind Tifa Lockhart and Aerith Gainsborough, Britt Baron and Briana White, have revealed what they painstakingly did in order to respect the game and the fans alike.

In order to prepare for her role, Baron did a lot of research in order to catch up and did her best to learn them all. She mostly depended more on the directors rather than do it completely with resources found on the internet, especially in the beginning of the recording. She trusted the creative team completely because she wanted to get the feel what kind of Tifa they wanted from her.

White admitted that she was advised by other voice actors that she should not listen to reference. She did not follow that kind of advice because she thought it was absolutely necessary to nail the lore perfectly or else the fans would complain. She did state that she did honor the past voice actors from different spin-offs that had Aerith as a guest or a part of the main cast, but she also wanted to have something a little different. She wanted her voice acting to be her own version of Aerith’s character.

Baron followed this method as well. She said that it was important to look and listen to what has been established before her. It was important to respect the established characters and game lore. She did not want to disrespect the work that was already done before her. The directors did tell her that she had the freedom to establish what this version of Tifa would be like, but she did not follow that option. She admitted that this was a fine line to walk and was a very unique experience for her as a voice actor.

How to breathe life to fan-loved characters

Baron explained her dilemma with bringing her character, Tifa, to life without disrespecting the original version and work. She had trouble at first because the original version did not have a speaking voice, which led fans just imagine what she would sound like while dialogues were given out in cutscenes. This also gave her confidence to do her own thing and just figure out her own interpretation of her. The directors did choose and trust her for a reason, so the only thing she had to do was to embrace who she was and made the choices that she thought was the strongest and truest to the character.

White, on the other hand, had a lot of work with. She knows what happens to Aerith in the later parts of the original game and expects that it could happen to this version as well. This is why she had to make sure she did most of her character down to the last detail, but at the same time add some of her own flair.

In some iterations of her character, she is very much just a sweet flower girl. While I wanted to make sure that part of Aerith was still intact, I also went with this idea that she’s also sassy, can spit fire, and doesn’t need to be protected.

The voice actor actually appreciates a part of Aerith where she plays the idea of being a helpless girl, but at the same time does not need protecting. In some way she was playing with Cloud in asking for protection. White thought it was something some women today would do, which makes Aerith a person who knows a lot of stuff.