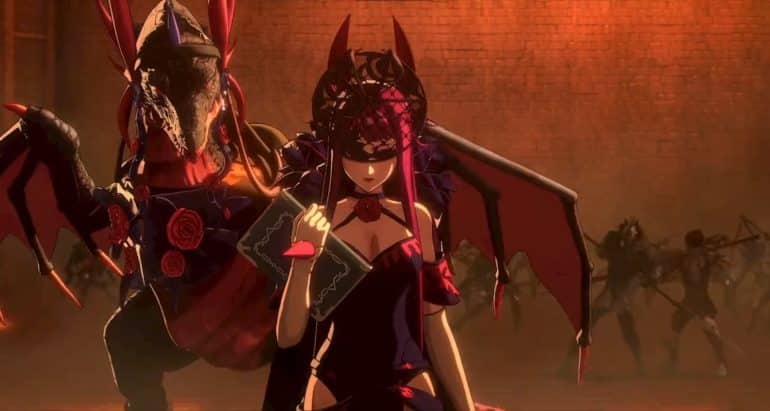 Nintendo has recently released a new Fire Emblem Engage trailer featuring a new enemy that the protagonist will be facing.

In the clip, the enemy army is attacking the kingdom of Brodia, the protagonist’s land. The one leading them is Ivy who is leading the army of Elusia. She is a Wing Tamer, which is shown here with her riding a dragon and she uses Tomes to attack enemies with spells.

In the middle of the battle, she lands with her dragon. She is seen wearing black mourning clothes and wielding a tome in one hand. She introduces herself to the opposing army her intentions of taking Brodia’s wings and their lives. She does it so menacingly that those who heard her will feel the dread rising up from the pit of their stomachs.

Ivy is actually the Crown Princess of Elusia and the older half-sister of Hortensia. She wears some of the 12 Rings, which could summon past heroes. No word yet if she can be recruited.