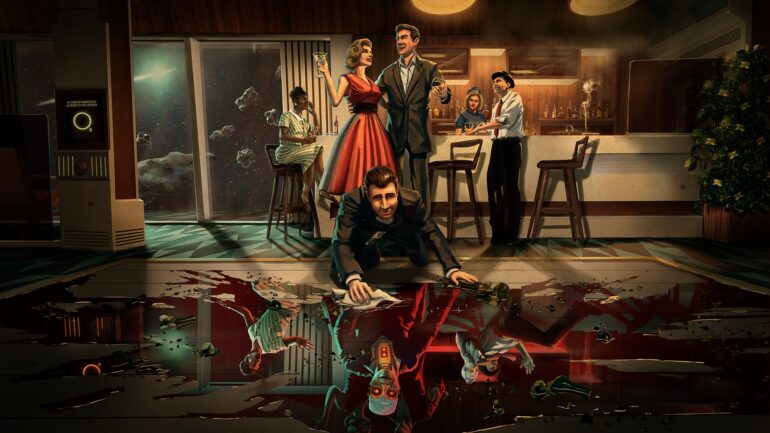 Publisher Versus Evil and indie developer Invisible Walls ApS have announced that their multiplayer social deduction game, First Class Trouble, will be arriving on PlayStation consoles. The launch also coincides with the game’s simultaneous full launch on PC (via Steam) as the game also leaves Steam early access.

First Class Trouble is a social deduction party game where six people play together aboard a luxury space cruiser. Four players will be designed as Residents, cooperatively trying to shut down a rogue A.I. at the heart of the ship. While the other two players will be Personoids, synthetics who will lie, deceive, and do whatever it takes to stop the residents!

First Class Trouble will support cross play between PC and PS4, PS5, and additionally, the game will make optimal use of the PS5’s technical capabilities across aspects such as 3D audio and ray traced graphical output.

On top of that, because of the PS5’s controller’s Haptic Feedback, you’ll be able to feel and experience the chaos in the palm of your hands. Squeeze the trigger to spray a fire extinguisher, and the controller rumbles and emits audio that corresponds with it. Just like it’s PC counterpart, throwing bottles in the game is real crowd pleaser! When bottles smash near you, the controller will emit audio and corresponding haptics and sound intensity will fall off based on distance from the point of impact!

To coincide with its launch on PS4 and PS5, First Class Trouble will include all the updates from the existing PC version, including the Botanical Garden and Personoid Quarters updates, as well as additional content in the form of cosmetic DLC, allowing players to customize their characters with a vast array of outfits and functional items.

“We’re excited to be able to announce that First Class Trouble is coming to PlayStation for console fans to enjoy. This is another great example of a game that can create unpredictable and highly entertaining gameplay, ensuring players can roleplay and create their own experiences with friends, often with hilarious results.” Said Steve Escalante, General Manager of Versus Evil.