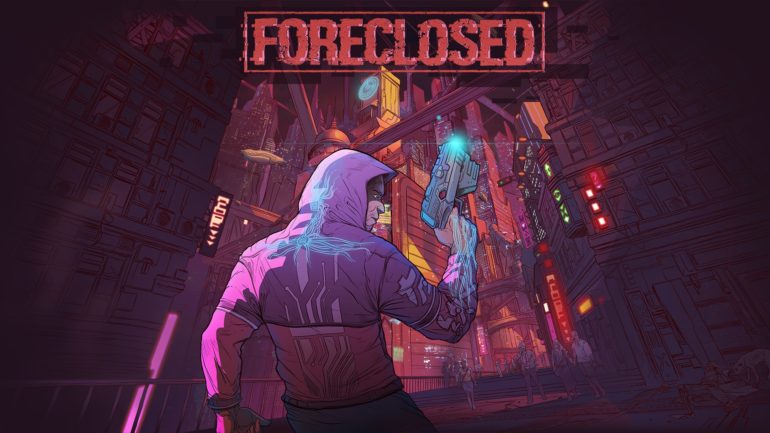 Italian based development team Antab Studio recently announced that the third-person action shooter Foreclosed will be getting the next-gen console treatment.

Aside from this news, game publisher Merge Games also announced the reveal of a new vide that showcases an all-new deep dive into the game. It reveals details about some of the game’s music and programming, unique gameplay mechanics, inspirations, implants, and more.

Foreclosed is a striking display of narrative-driven action where the player takes control of brain implant abilities, hi-tech weaponry, and a diverse skill tree system. Visually, it takes inspiration from the Deux Ex and Max Payne games along with Frank Miller’s graphic novel Hard Boiled, bringing a vibrant sci-fi setting to life with interactive cutscenes and transitions inspired by graphic novels.