Sandbox Puzzle Game, Time on Frog Island, Out Now on PC and Consoles 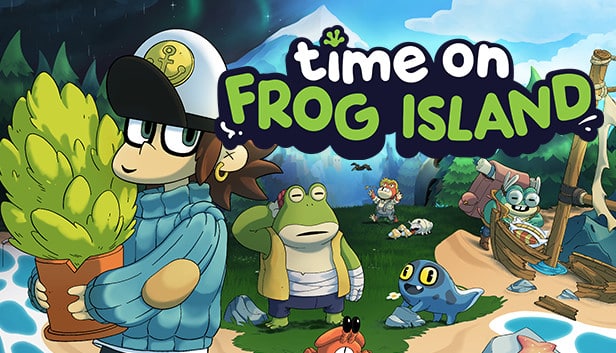 Publisher Merge Games and developer Half Past Yellow are proud to announce today that their sandbox puzzle and platforming adventure game, Time on Frog Island, is out now on PC, console, and Google Stadia. Players can hop into their very own island adventure on PlayStation 4, PlayStation 5, Nintendo Switch, Xbox One, Xbox Series X|S, and PC (via Steam and Epic Games Store).

In the launch trailer below, join the sailor for a tour of Frog Island with a brand new original Time on Frog Island sing-along song!

About Time on Frog Island

Shipwrecked on a strange island after a terrible storm, the sailor is awakened to find his boat in ruins. Clutching his precious potted plant, our salty old sea dog goes about trying to fix his ship and find his way home.

However, on a far-off island with peculiar frog-like locals that don’t speak his language, the natives aren’t about to give up the items he needs without something in exchange! A spaghetti network of trades will take him all over this exciting and unique island as he seeks out materials to fix his boat.

With your precious potted plant and tadup by your side, embark on this charming island adventure, solving puzzles, collecting resources, and lending a helping hand to your new amphibian friends!

Explore at your pace

Trade to fix your boat