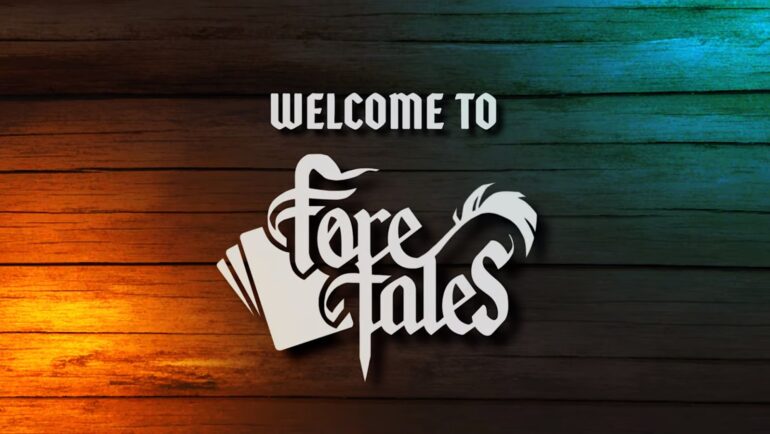 Developer Alkemi and publisher Dear Villagers have announced today a release date for their adventure game with “decksploration” mechanics, Foretales. In the game, narration and experimentation blend with decksploration mechanics to create an all-new kind of card game where what happens next is entirely up to the player.

“Foretales is unlike anything else out there, using cards to not only battle and barter, but also dictate important story choices like where to go, how to infiltrate an enemy stronghold, and who to recruit,” said Alain Puget, founder of Alkemi. “Foretales is more than a card game, it’s an adventure! And we can’t wait to share it with you all when it launches on September 15th!”

“We at Dear Villagers seek to bring people unique experiences, and Foretales is a perfect encapsulation of that,” said Guillaume Jamet, Head of Publishing at Dear Villagers. “It’s more than a CCG, but a sprawling adventure played out in tabletop form! Its whimsy is bolstered by legendary composer Christophe Héraltop’s killer soundtrack, and veteran character actor Travis Willingham offers his esteemed vocal talents as the narrator. Foretales has got freedom, choice, and charm to spare!”

Our story begins long ago in the realm, where the avian thief Volepain and his friend were asked to steal a magical lyre. They outwitted the guards with an ace up their sleeve. And by “ace” I mean pocket sand. The point is it worked, and our heroes snagged the lyre undetected. Unfortunately, it was no sooner than they had gotten their hands on the lyre that Volepain began to have terrifying visions of the end of the world!

To combat this catastrophic prophecy, Volepain knew he had to assemble a team of companions. His potential allies included the tiger archer Leo, the gorilla Karst, the elephant Isabeau, and the parrot Pattenbois, among other eccentric allies. He knew party members came with their own strengths and weaknesses that would have to be deployed strategically if they were to succeed in their quest.