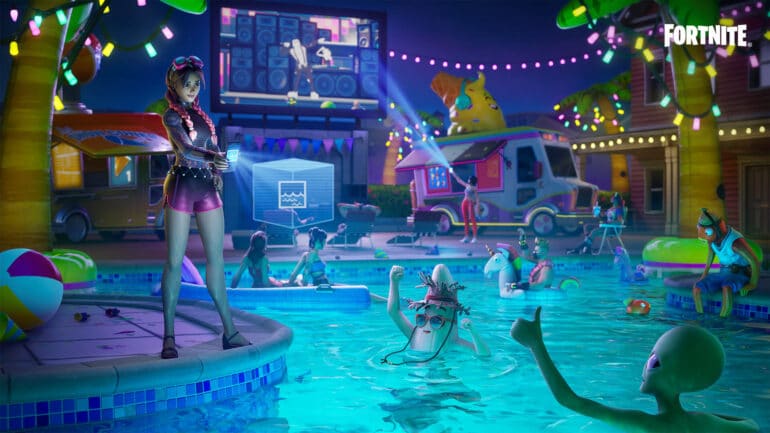 The latest update is here and it introduces a new weapon for players to try out, the Prime Shotgun. It also signals the upcoming summer celebration.

The new Prime Shotgun deals the most damage with the first shot of the clip. It is not as powerful as the first, but the remaining three shots will offer a consistent damage rate across all three shots. There is a n on-screen counter that will count the ammo left, but there is also the light display that shows the information.

Reload after the first shot, and the other three shots have your back. The Prime Shotgun can be found from the ground, Chests, Supply Drops, Reality Saplings, fishing, and sharks.

This year’s upcoming summer celebration is coming real soon. In just a few days this week, more details will be revealed.

The Super Level Styles have gotten a new update. There are now Platinum Rift, Lapis Slurp, and Auric Blaze Styles together with other combinations of Malik, Evie, Adira, Sabina, and Stormfarer.