both are powerful bounty hunters from the series! 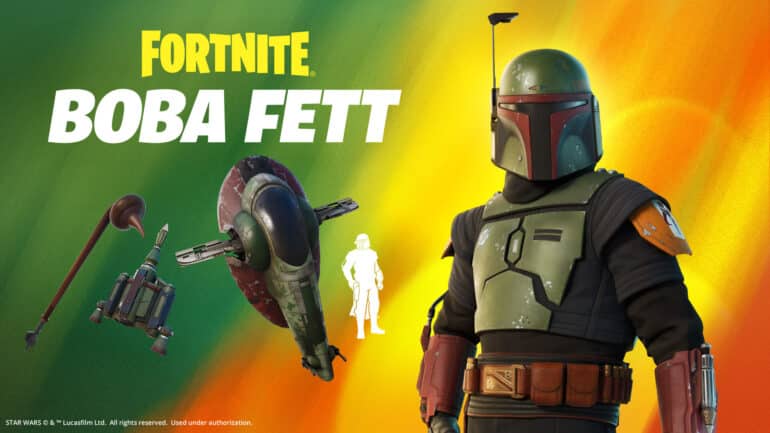 Epic Games has now branched out to the new Star Wars TV Series The Book of Boba Fett to add two new characters to Fortnite.

The two new characters from the set of The Book of Boba Fett are bounty hunters from the series. They are Fennec Shand and Krrsantan and they will be available in the Fortnite Item Shop. Boba Fett has also come back to celebrate the TV series.

Fennec Shand outfit adds the Mythosaur Signet Back Bling, which is a symbol of the Mandalorians. She also has her Ship Glider.

Boba Fett is now back at the Item Shop with Fennce Shand and Krrsantan. Aside from the outfit, he also comes with the Z-6 Jetpack Back Bling, Gaffi Stick Pickaxe, Boba Fett’s Starship Glider, and Targeting Computer Online Emote.