Building feature gets disabled but the Resistance has other ways! 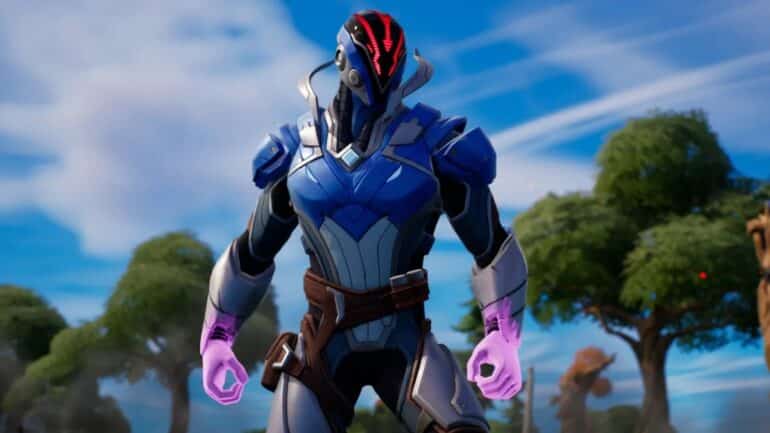 In this new season, players will be shocked with the new unique gimmick: building has been disabled. Yes, players will not be able to build anything that could make them traverse or defend them from attacks from other players. Instead, there is a new feature that will replace the building feature for at least at defense. This is called Overshield.

Overshield is the new line of defense that can protect players’ health and shield from enemy fire. This is not a permanent solution since with numerous hits can break the Overshield. It is best to take advantage of other objects or terrain in the game to regenerate Overshield in time.

While the enemies are now moving faster, the Resistance has also improved as well in this new season. Epic Games has improved the default movement speed and also has a faster sprint, which can be used as an advantage. Just make sure not to empty the sprint meter in the middle of a battle or else there will be consequences.

Players can now do “mantling” on ledges to pull themselves up. It will be helpful in maneuvering the battlefield without going around obstacles, buildings, and others. Players can also sprint or slide into doors to open them for quick escapes and maneuvers.

There are new weapons to use like the Combat SMG, Striker Burst Rifle, and a lot of unvaulted weapons. There are also weapons from the Imagined Order which can be used in battle like IO Blimp, IO titan Tank, Siege Cannon, and many more.

There is also the Chapter 3 Season 2 Battle Pass that includes the Sorcerer Supreme and Master of the Mystic Arts Doctor Strange. Unlock him and the others like Tsuki 2.0, Gunnar, The Origin, and more.

Owners of the Chapter 3 Season 2 Battle Pass can also unlock the customizable Omni Sword Pickaxe. Complete the weekly Quests to earn Omni Chips to unlock new blades, guards, colors, and sounds for the Pickaxe. Customize it via the Battle Pass tab.