Ezio Auditore does a leap of faith. 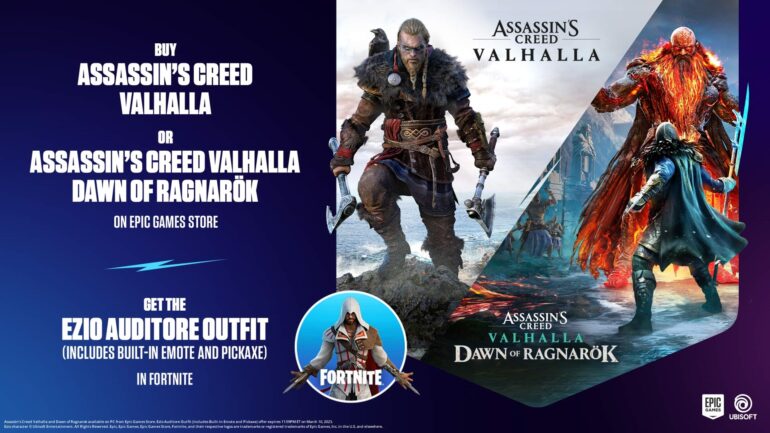 In a recent social media post, Ubisoft officially confirmed the Fortnite Ezio Auditore outfit will be coming soon to the game..

First off, the Ezio Auditore outfit can be purchased separately for those who do not have Assassin’s Creed Valhalla on the shop. No need to purchase the game and its expansion in order to have this limited edition outfit.

The Ezio outfit will be set in the Fortnite locker automatically on March 10, 2022.

As of writing, no official announcement or post from Epic Games to confirm this on their side. It was only Ubisoft who made it official.

Here are the leaks that show how Ezio looks in-game: