Fortnite JB Chimpanski Skin Season 8: Everything You Need to Know 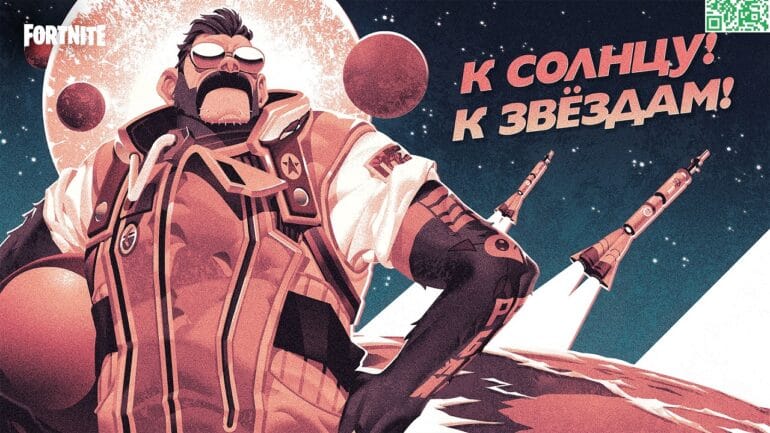 Epic Games just released the official story trailer for Fortnite Chapter 2 Season 8 recently and the video thumbnail has revealed the upcoming new character skin JB Chimpanski. Here is what we know of him so far.

When was Fortnite JB Chimpanski Revealed?

Several social media platforms of Fortnite posted this particular image of JB Chimpanski with the caption “Are you ready, recruits? JB Chimpanski is waiting to give his first orders.” His image also seemingly has a Russian caption. This was recently posted by the game’s official social media accounts on Twitter, Facebook, and Instagram.

Who is Fortnite JB Chimpanski?

Honestly, no one knows right now. He looks to be a chimpanzee with a more human-like look and seems to be a cosmonaut or astronaut since he has both flags of the US and Russia on his suit. He is also seen wearing shades and uses a long rifle in battle. It is possible he is based on a certain real-life chimpanzee cosmonaut that was sent to space in the past. This version is quite human-like though in appearance and quite lavish as well with tons of personality.

Is Fortnite JB Chimpanski Part of the Season 8 Battle Pass?

Yes, JB Chimpanski together with Charlotte (aka Yuki) and Carnage are part of the new Season 8 – Cubed Battle Pass. According to the official website, the Battle Pass can be purchased for only 950 V-Bucks. JB Chimpanski comes in three colors and with or without a helmet.

There is no word when Fortnite Chapter 2 Season 8 yet, but there is already a date: September 13, 2021. If Epic Games will follow the same fixed schedule, players will expect short maintenance and a new update will be ready to download at 4 AM EDT/ 1 AM PDT.