Where to find Jetpack Locations in Fortnite Chapter 3 Season 2 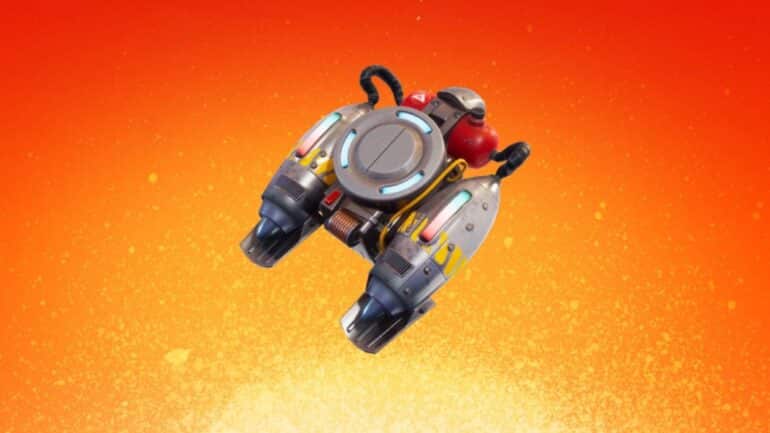 The Jetpack has been returned to Fortnite Chapter 3 Season 2, which has been a big hit. A few well-known items have been restored to the base game modes in Fortnite thanks to a quick hotfix update. It’s been a while since the Jetpack has been in the game, and its reappearance of the equipment should offer another depth to the new season.

Players now have the ability to use Jetpacks, which provide a more consistent and steady method of gaining an advantage over your opponents. This guide will show you where you can find all Jetpack Locations in Fortnite.

What Are Jetpacks in Fortnite?

Despite the fact that jetpacks have been vaulted since the Final Showdown event in 2019, they have had a rough past in the game. Jetpacks were quite popular within the first few days after they were introduced in the 4.2 content update in May 2018.

People could use the item to fly quickly through the air in order to escape or get closer to their foes. They had a limited fuel capacity and would overheat if used continually for an extended length of time, thus they were not recommended. The fuel could not be replaced, and the jetpack had to be thrown as soon as it ran out of fuel.

Fortnite has announced that Jetpacks have returned following the most recent patch. The Jetpack, on the other hand, can only be located in specified areas of the map, which helps to balance out the item’s return.

Players can either land on one of the airships from the Battle Bus or use the ascenders or ziplines linked to the airships to get there from the ground. The IO airships are currently situated above the following points of interest:

As the island’s war operation sends troops around, the position of these airship blimps will change each week. Jetpacks and the blimp that carries them are the next targets, so gamers better be ready.

On this Fortnite map, you can also view where the current Jetpacks are located:

At the moment, jetpacks are available in both casual and competitive modes. They are also in the Zero Build and the Building modes, respectively.

How to Get Jetpacks in Fortnite?

To grab a Fortnite jetpack at the moment, players may do it in one of two ways:

You have two options for getting to an IO Blimp: either land on one or use an Ascender to rise to one from the ground. Once you’ve boarded the Blimp, make your way to the very highest floor. locate a Jetpack hung on the wall next to each of the four doors if other players haven’t stolen them yet.

The button that displays as you get close to a Jetpack may be held down to pick it up. The Jetpack will be immediately attached to your body, however it will occupy an inventory space.

For some reason, the Cuddle Team Leader NPC’s jetpack in Fortnite is a bit challenging. In the first place, the Fortnite Cuddle Team Leader can be found in Camp Cuddle, inside the pink cabin in the northern part of the map, in the eastern chamber with the stuffed animals arranged around it.

The Jetpack may be purchased from Cuddle Team Leader for 580 gold bars. You don’t have to hustle to grab one if you talk to the NPC right away. NPCs are notoriously difficult to find.

Even though it’s unusual, the NPC may not show up at all if you’re playing Solos; it may come only after the game has already started; or it may appear at random as part of the rotation with the other three characters. It’s possible to snag a Fortnite jetpack this way, although it’s more likely that you’ll find one in Command Cavern. Camp Cuddle is well worth a visit if you’re in the area.

For 580 Gold Bars, you may also buy a Jetpack from The Scientist in Synapse Station. The number of Jetpacks he owns will be reduced if other players purchase one from him. The desert is home to Synapse Station, which can be found in the map’s southernmost corner.

How to Use Jetpacks in Fortnite?

You can begin using your jetpack as soon as you pick one up from one of the locations. To float, simply hit your jump button twice and hold it till it fires up.

Observe the Jetpack’s twin bars on the rear. This displays the remaining time before your Jetpack shuts down due to overheating. When the meter is running low, make sure you’re either on the land or above the water to avoid fall damage.

Like your sprint meter, the red bars on your Jetpack will swiftly refill as long as you have fuel in them. Once they are full, you may fly about the map as usual.

But when the item bar’s gauge is drained, the Jetpack will be removed. It is possible to obtain a second by going to an IO Blimp, returning to The Scientist at Synapse Station, or looting from someone who had one equipped when they were killed.

Since the Jetpack may be used regardless of whether or not it is currently equipped, you can swap between weapons and continue combating opponents even while hovering through the air with your Jetpack equipped.

That covers everything we know about Jetpacks in Fortnite! You should be prepared to battle for jetpacks should they become popular in Fortnite. Because of this, you should have little problem finding loot in and around IO blimps and their surroundings.

Here’s a great video by Imack Studios on Where to Find Jetpacks in Fortnite Chapter 3 Season 2: