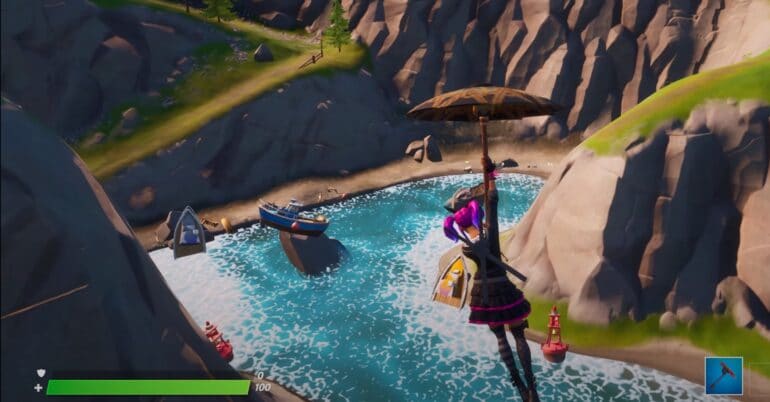 Players may have noticed that in their Daily Punch Card, one of them requires the player to simply go out of their way to visit Shipwreck Cove for a whopping amount of easy XP.

Well, get ready because we’re about to show you how to easily find Shipwreck Cove despite all the chaos going on.

Where is Shipwreck Cove in Fortnite?

It goes without saying that dropping out from the battle bus would be the fastest way to cross this visit off the punchcard since the storm will most likely cover it up which will make it harder for players who have yet to cross the visit from their punchcard and dropped down in other locations that aren’t anywhere near Shipwreck Cove.

For those of you that do drop off the bus heading here, you might come across a fair amount of players since this is on the daily punchcard. It might even be a good spot for those of you who enjoy camping and taking down your enemies in one spot though there aren’t many weapons lying around this part of the map so either get lucky or melee your way through the choice is yours.

How to Visit Shipwreck Cove in Fortnite?

To cross this “Visit Shipwreck Cove” challenge off your punchcard, you just simply have to drop down or walk your way to the area. Nothing fancy like interacting with anything so it’s just a simple visit. You’ll probably also be doing this quite often since its shows up on the punchcard quite frequently.

Once this part of your daily chore is done then get yourself ready for some more challenges that you need to.

You can also check out our guides for Fortnite like how to recruit your friends to play with you and many more here.