No build mode has gone official! 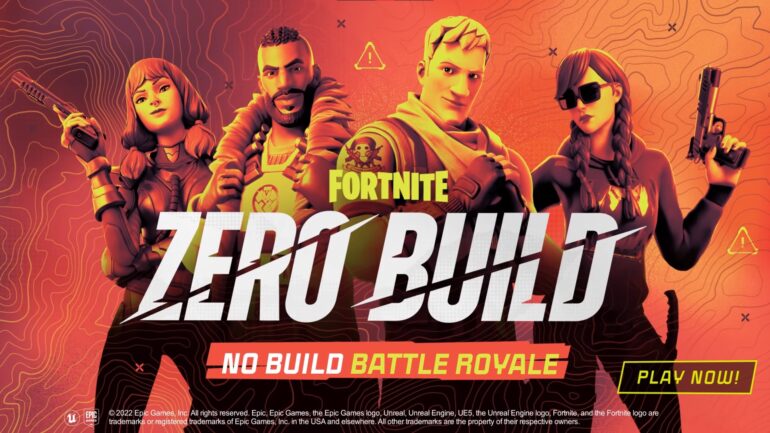 Remember that recent rumor about making the no build mode permanent? Well, it turns out it has tons of fans and Epic Games liked the idea so they are now turning it into a new game mode for everyone to enjoy. They call it, Fortnite Zero Build, a game mode where the build feature is removed and everyone is just shooting at each other.

According to the official website, Zero Build with be a pure test of weapon, item, and traversal ability. Players can choose them in the Discover page as Solo, Duos, Trios, and Squads playlists. Just click on the Change button just above the Play button in the lobby to choose this mode.

Instead of building, players will have to depend on the recharging the Overshield feature since it will be their first line of defense in this mode. Go up Ascenders in order to access the Blimps or just use the Mantling to get high-ground. Also, a new feature called Sprint will make players move a little bit faster than the regular Fortnite modes.