Game Developers Have Donated to Help Stop The Australian Bushfires 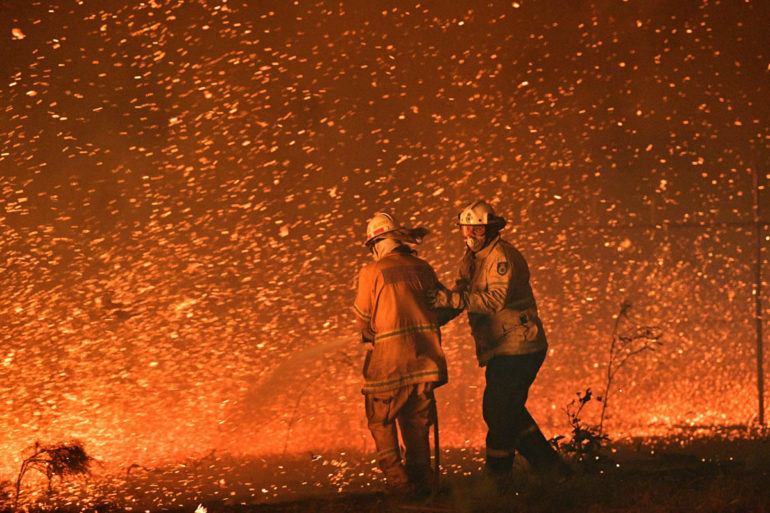 This picture taken on December 31, 2019 shows firefighters struggling against the strong wind in an effort to secure nearby houses from bushfires near the town of Nowra in the Australian state of New South Wales. (Photo by SAEED KHAN / AFP)

It is unfortunate that our Australian counterparts are experiencing some of the worst cases of forest fire in this new decade that we’re entering. Thankfully, even those who are not from Australia have heard of their plight. Many celebrities and even game developers have donated a generous amount to help stop this bushfires.

These game developers are as follows:

The developers of Modern Warfare have made their announcements on Twitter. They will be releasing a new in-game microtransaction called the “Outback Relief Pack” which they promised that all profits will go to helping stop the fire. Those who purchase the pack will receive that Bushranger operator skin, a legendary blueprint for a sniper rifle, a new finishing move, and etc. Buyers will also be able to skip a battle pass tier.

This purchase will be available on the 31st of January. Purchasing these not only mean you getting a new skin but also you helping put an end to the Australian bushfires. So you earned that Bushranger outfit.

It is only natural that the local Ubisoft company would chip in to help their own environment. The developers behind Ubisoft Australia has pledged $30,000 to Red Cross Australia to help fight the fire. However, unlike the developers from Infinity Ward, these developers have opted to donate directly instead of making marketing in-game items. They mentioned this was because more immediate action was needed and in-game cosmetics would take time. The developers from Ubisoft Australia are also encouraging anyone to help in anyway they can to fight this bushfires.

On January 9th, developers have announced selling a limited edition Destiny 2 t-shirt. Half of the earnings will be going to the New South Whales Fire Service and the other half going to WIRES. This limited edition shirts will be available for pre-order this January 16th up until February 18th. Those who make the purchase will also be receiving a code for the “Star Light, Star Bright” emblem.

How You Can Donate

It isn’t only game developers that can show care for the environment. Popular celebrities such as Chris Hemsworth, Gordon Ramsay, Leonardo DiCaprio, Russell Crowe, and others have also made their move to help stop the bushfires. And now, you can too! By heading over to the Australian Red Cross website, you can donate whatever amount you wish to help stop these fires.