Four games to look forward to next month! 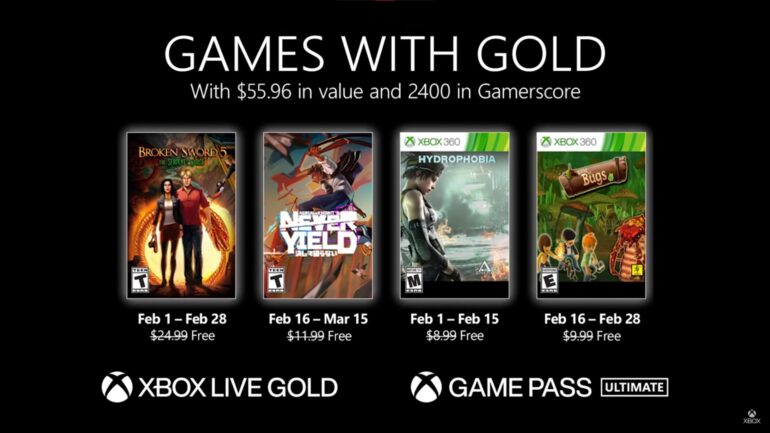 Microsoft has recently revealed the newest Games with Gold February 2022 free titles that will be added to the library today and it looks to be a good lineup.

Four new titles have been added to the freebie lineup for this month and it includes some interesting games to try out while waiting for the big ones coming out soon. One offers an epic adventure, another has an awesome soundtrack, fight your fear of water, and test your strategic skills.

First up is the epic adventure game Broken Sword 5: The Serpent’s Curse. Play as American George Stobbart and French journalist Nico Collard in order to find a stolen painting and uncover a murderous conspiracy. Get it on February 1, 2022 and will be only available until February 28.

The second title is Aerial_Knight’s Never Yield. Players play as Wally, the mysterious protagonist that can run, jump, slide, and dash with the soundtrack of Danime-sama. Available starting February 16 until March 15, 2022.

Hydrophobia is the third free title to get next month starting February 1 until February 15, 2022. Play as the heroine Kate to fight back against terrorists who have already taken control of her floating city. Use the power of water to fight against enemies and user engineering skills to your advantage.

Band of Bugs is the last title of the bunch and will be available starting February 16 until February 28, 2022. Play as your Avatar and fight against tons of bugs, spiders, and other players.