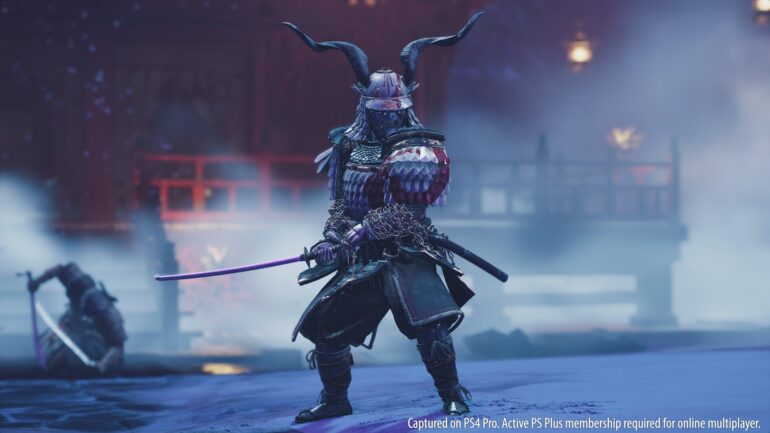 Sucker Punch has announced that the multiplayer aspect of Ghost of Tsushima, Legends, will be released as a standalone version separate from its main campaign. In addition to this, Legends is expected to come with a new mode Rivals which will be released later this year.

Legends will be available for purchase this September 3rd for the PlayStation 4 and PlayStation 5. The price is expected to be around $19.99 USD and will contain the exact same features as those who own a copy of Ghost of Tsushima. The only key difference being the unlockable cosmetics you can only earn through the main campaign are absent. Aside from that, owners of the Legends standalone version will be entitled to all the content released in 2020 as well as any upcoming additional features.

The new mode, Rivals, will be dropping on the same day as the standalone Legends. This new mode pits you against another team as you face off against hordes of enemy waves. You can collect Magatama from defeated enemies which will allow you to attack your rival team. You can spend your Magatama on Shades to hinder the rival team’s progress by blocking their ability to make purchases, using curses to drain their health, and making bodies explode.

For our review on Ghost of Tsushima, see here.