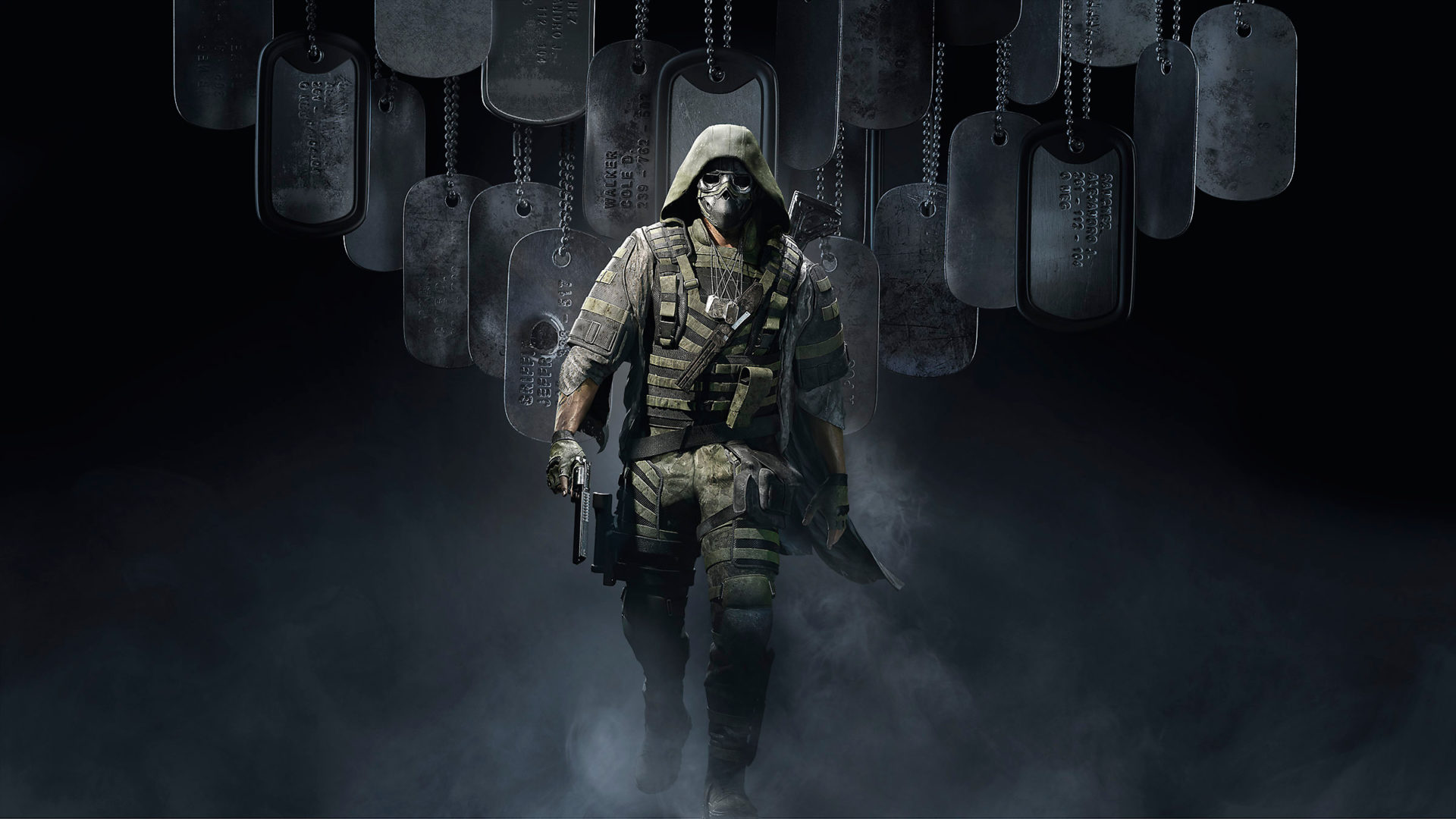 There’s a schism between people who enjoy Breakpoint for what it is and people who don’t quite like what’ Ghost Recon has become. My experience with the game has placed me somewhere in the comfortable middle. On the surface, Ghost Recon Breakpoint has everything it needs to be a complete game. Yet, it’s littered with problems that are beyond bugs and glitches that Ubisoft is typically known for.

To start with, Breakpoint’s weakest aspect is its story. This isn’t because Ghost Recon Breakpoint’s story is uninteresting. It’s because of how the story is revealed to the player. Much of it involves reading logs and notes left around the island to figure out what happened. And to base your story around reading notes isn’t exactly going to win anyone over. While there are cutscenes, they barely do anything to get players interested in Breakpoint’s tale.

The only real grip that the story has is the relationship between Nomad and Cole D. Walker, who is played by John Bernthal. Nomad, who people played in 2017’s Ghost Recon Wildlands, is back as the main character. This time, instead of taking out ruthless South American drug cartels, Nomad along with his team of Ghosts is tasked to infiltrate Aurora and find out why the island where advanced tech is being developed lost contact with the rest of the world. At arrival, however, his entire squad is shot down by advanced attack drones and Nomad survives only by an inch of his life. As Nomad pushes through the deadly island, he sees Walker, one of his closest allies from the past, shoots a Ghost point-blank in the face. From there, Nomad has to survive the island’s hostile inhabitants where both man and machine are trying to kill him whilst figuring out the reason for Walker’s betrayal.

Already right there there’s a divide between the gameplay and the story. Breakpoint would have us believe that Nomad is the only sole operator capable of carrying out the mission as most of his squad are either too injured to continue, missing, or dead. Yet, Breakpoint encourages cooperative gameplay and nudges you into teaming up with other players. The class system alone should be enough to tip anyone of this. Despite this, the cutscenes would have you believe that Nomad is operating all on his own.

The crux of Breakpoint’s story is presented weakly. The premise sounds like it comes straight out of Metal Gear Solid but surprisingly fails to innovate beyond the typical Bond villains and come up with anything really meaningful. Walker himself can come off as a loudmouth Punisher stereotype with an exaggerated accent.

The rest of the characters introduced don’t really come off as any better. You’ll spend your time around survivors of Aurora who refuse to give in to the takeover Walker and his men staged. They’re pretty much your typical quest givers and you won’t really find yourself attached to any one of them. If you’re not going to them for a mission, then you won’t really find yourself wanting to get to know them any better. For the most part, they’re all boring as hell.

Breakpoint’s strength, however, is within its gameplay.

Don’t get me wrong, the game still follows the typical Ubisoft open-world formula. You go from one place to another finishing missions, collecting items, and searching for better equipment. But that doesn’t mean it is any less fun because of it. If anything, Breakpoint’s gameplay is a massive improvement over Wildlands. Gone are the stiff controls and rigid movement, replaced with fluid maneuvering and dynamic combat that makes the game smooth as butter. From crouching to immediately dashing forward, changing movement is much more responsive now.

The smooth flow of character movement encourages gameplay. And playing through missions really does give you the feeling of being this special forces operative. Details like from how Nomad slides down steep slopes to the ability to cover yourself up in dirt to avoid enemy detection makes the whole game feel more alive.

Melee kills also never felt so satisfying in this game. More so than any other military shooter I’ve played. The animation that plays is just really brutal and entertaining that it almost never gets old. Sure, depending on the placement of your character it won’t exactly play as intended but it is still satisfying to pull off nonetheless.

Breakpoint also does an excellent job when it comes to the sound of guns. They feel more realistic and wonderful to hear. Shooting in this game is actually much more fun and satisfying than other military simulators. Though unfortunately, the cover mechanic isn’t nearly as good and sometimes feels unresponsive in critical moments.

Like I mentioned, Breakpoint features multiple classes. The Assault Class, the Field Medic, Panther, and Sharpshooter. With the exception of the Panther class, all of them carry benefits and perks exactly as their name implies. These classes carry certain challenges that reward you as you accomplish them. The class you choose will level up with you as you progress throughout Aurora. You can decide to invest a point in another class should you want to make a switch.

Yes, while you can change classes at your leisure…but only at a bivouac, which is the game’s camping system that allows you to further gain temporary buffs, call in vehicles, craft equipment, and change the time of day. You’ll find bivouacs all around the map of Aurora and even fast travel to them. You can either find bivouacs by coming across them but it’s usually much easier to just loot the info from around. I thought this was a good mechanic to add around as it gives the player some breathing room to plan and gain an advantage.

Infiltration is the name of the game. Much like its predecessors, you’ll usually start the mission by surveying the area around and looking for an entry point. This is when you’ll use the class you chose to your advantage. Sharpshooters excel at fighting from a distance while Panthers are more suited for base infiltration due to their stealth specialty. Though you can just as easily go in guns blazing.

For the most part, Ghost Recon Breakpoint accomplishes what it’s meant to do at its core. It’s supposed to be a stealth-action shooter where tactical discretion is the key to success. But it, unfortunately, tarnishes this gameplay by adding in RPG-like mechanics. Some guns you pick up will have higher stats than others of the same name and type. The same goes for the equipment you wear as each will provide a different kind of protection and even an additional buff. This kind of mechanics essentially turns what is originally meant to be a tactical military shooter and mixes it in with elements from a looter shooter. And for the most part, I found this distasteful. Ghost Recon wasn’t a game ever meant to be a looter shooter so why did it need to carry the mechanics of one?

That being said, there is still fun in the game to be had. There are a few issues when it came to encountering bugs and glitches that are immersion breaking but nothing that ever stood out. And photo mode also lags and affects the frame rate significantly, I ended up avoiding it entirely.

But still, Aurora is a joy to explore and navigate around. A big part of which has something to do with the gorgeous graphics and scenery. Buildings feel more purposeful this time, unlike the many recycled assets Wildlands had you going through. Though Aurora doesn’t seem as big as Bolivia was, it’s something I can forgive as it’s packed to the brim with content. Breakpoint does a good job of making you feel rewarded for every task you decide to tackle.

Though not to say that Breakpoint doesn’t suffer from repetition. The biggest downside of Breakpoint is Ubisoft’s clear prioritization of microtransactions which the game did not even need. It’s to the point of being intrusive as Breakpoint forces you to always be online so that Ubisoft can constantly refresh their premium store with new items to sell you. Because of this, Breakpoint has a grind to it that can (and did) turn players away. It’s no longer about accomplishing missions carefully trying to pull off well thought out plans as much as it’s about getting more powerful equipment.

The enemies you’ll face will be both man and machine. With Aurora’s advanced development into robotics, Nomad will have to face drones, unmanned tanks, and human tracking mortars. Your difficulty will decide your plan of approach as these metallic AI can be the toughest enemies in the game and can take more than a few bullets. Which as you can guess, will also alert human enemies to your position.

Enemy artificial intelligence isn’t anything to brag about in Breakpoint. But it gets the job done. I like how they yell their friend’s name whenever they see me shooting one of them. And as I progressed through the game, they went from making fun of the Ghosts to being downright scared of them.

If you’ve ever played Wildlands or have heard of it and didn’t like it, then it’s a safe bet to say that you wouldn’t like Breakpoint. Even though it has significant improvements from its predecessor, it also takes a few steps backward that hinder it from being a great game. Breakpoint is a decent stealth action, military shooter but I can’t help but feel that it held itself back by corporate meddling.

I would recommend buying Breakpoint if you have good friends to play it with. Otherwise finding people online with a microphone and willing to cooperate can be a challenge. Despite the 2013’s Lone Survivor vibes Breakpoint gives out, it isn’t a game really meant to be played alone.

Ghost Recon: Breakpoint – Review
Score Definition
We tell you, it’s a good game! It’s not average! It might have some problems here and there, but you have to admit it is a “Good” game.
Pros
Fluid Gameplay
Fun Shooter
Decent Character Customization
Cons
Poor Story Execution
Heavily Monetized
Bugs & Glitches
Dull Characters
Always Online Prerequisite
7.6
Good