Ghost Recon Frontline – What We Know So Far 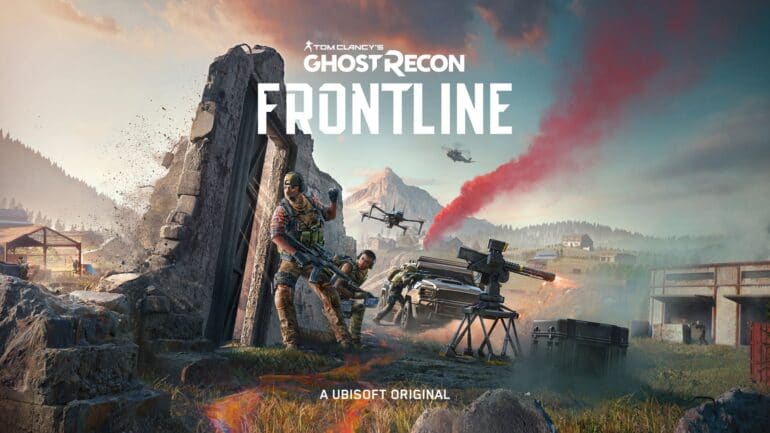 Ubisoft is celebrating the 20th anniversary of Ghost Recon and has just announced that Ubisoft Bucharest is developing the series’ next installment, Ghost Recon Frontline. Frontline will be a 100+ player warzone in which players will do everything in their power to gain a tactical advantage over their opponents.

What exactly is Ghost Recon Frontline?

Ghost Recon Frontline, with its advanced class system and large set of tactical support tools, allows for complete freedom in strategic gameplay, with multiple ways to outwit enemy teams and forge a path to victory.

Ghost Recon Frontline includes three different classes that can be combined to create your own distinct playstyle.

The assault class is much more proficient in offense and has greater endurance in close-range combat.

The scout can recon the area and eliminate or hinder enemies.

The support class serves as a tank for the group, providing fortification abilities.

The developers intend to add more during the launch period, followed by even more post-launch in seasonal increments.

Is Ghost Recon Frontline Battle Royale? The main mode of the game is called expedition, and it involves players being dropped onto Drakemoor Island in three-person squads with the goal of finding intel scattered throughout the landscape. More than 100 players will be active at the same time, all looking for the same information. Once your team has gathered enough intel, it’s time to call for an extraction, which basically sounds the alarm of your position and everyone else will try to gun down your team and steal your intel and ride.

Ubisoft Bucharest has been working on Ghost Recon Frontline for three years, with the goal of making it a multiplayer suite with multiple modes. Control, a 9v9 mode in which teams compete for dominance over an area, is the first alternate game type to be announced. Despite the fact that this is a smaller arena shooter mode, all of the tactical tools and Contractors from the main Expedition mode will be available to use.

Each season, new modes will be introduced.

Ghost Recon Frontline’s full release date has yet to be announced because the game is still in its early development phase. However, registration for Frontline’s upcoming closed test has begun and will run from October 14 to October 21, 2021. Details can be found at Ghostreconfrontline.com.

Ghost Recon Frontline will be available on Windows PC, Xbox One, Xbox Series X|S, PS4, PS5, Google Stadia, and Amazon’s Luna in future phases, with crossplay, enabled across all platforms.

The upcoming Closed Test will be available only on PC and will be limited to 25 European countries. More countries and regions will be added in subsequent phases, so register now to be among the first to play.

For those interested in playing it on other platforms another closed test will be scheduled at a later phase. Further updates can be found by following the team’s official social media channels.

The Ghost Recon Frontline reveal trailer showcases Drakemoor Island, with dense forests and points of interest such as an abandoned construction site. It has all of the Ghost Recon hallmarks, including drones, turrets, and stealthy gameplay as teams travel to various intel locations across the map. The combatants use camouflaged weapons and the fighting is relatively quiet until an extraction helicopter arrives and a gunfight breaks out.