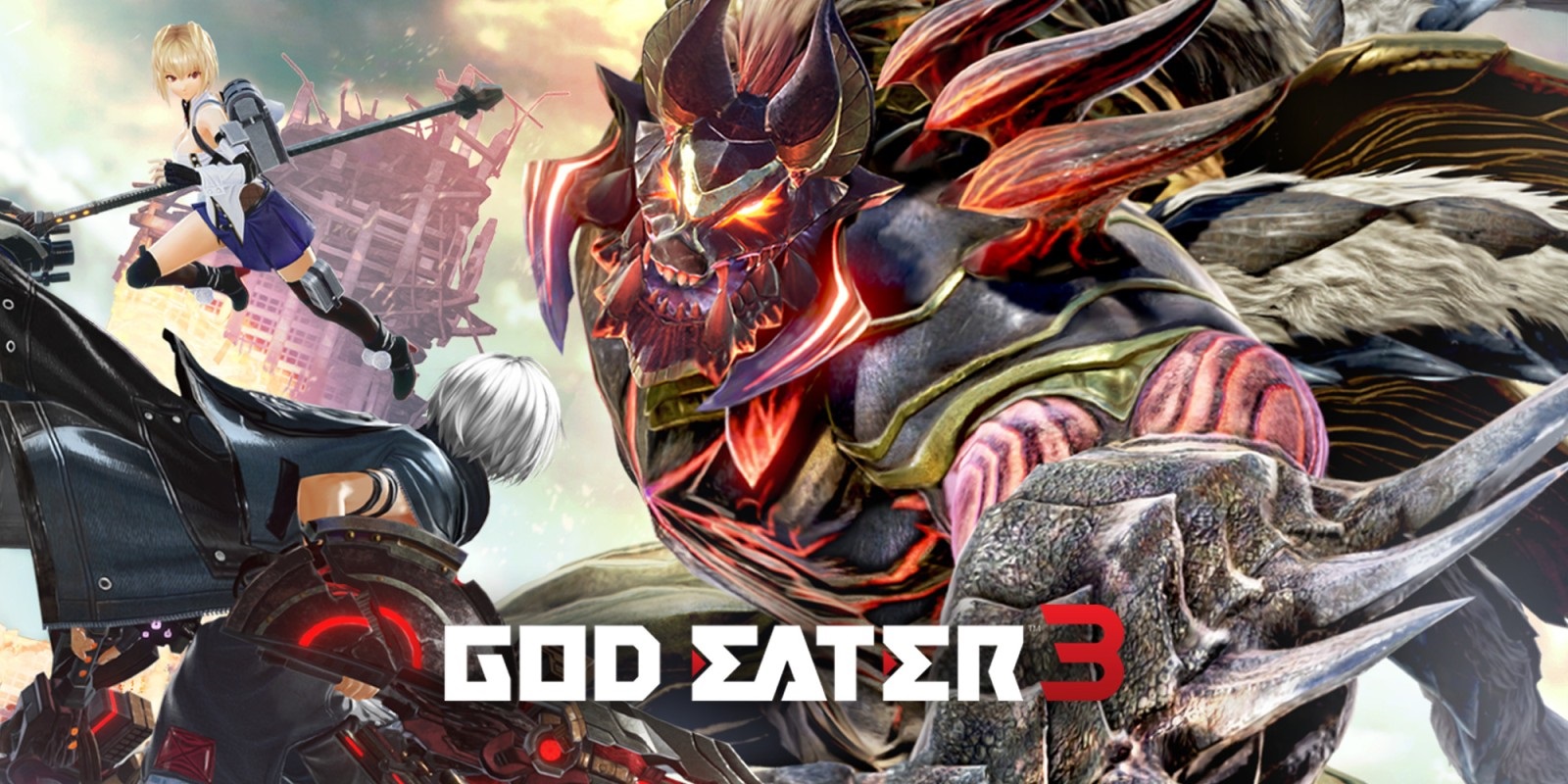 One of the most awaited games I wanted to try out and review is finally here, which is God Eater 3. Its story is a continuation of the God Eater franchise and I have to say: I am already impressed with the big improvements. I will not say more because I will just lay it all for everyone to read below.

God Eater 3 is a stunning sequel in terms of visuals because it is now immensely upgraded. From the 3D models that looked like a game made for PlayStation Vita, this latest entry is at a whole new level visually. I am totally stunned on how detailed the characters are, even the NPCs and side characters. There are CGI and anime videos from time to time, but the cutscenes are done by the same 3D models that players control in the game; that alone is worthy of a higher score.

The battleground and headquarters environments even look great. Bandai Namco Entertainment did say that God Eater 3 uses the same engine that they are using for its upcoming game with almost similar gameplay, Code Vein. The special effects even look better and the colors are just flying around brightly compared to what I remember from the prequels that looked a bit pale for my taste.

God Eater 3 almost has the same gameplay mechanics as the previous titles like devouring Aragami, weapons that transform from melee to long ranged ones, mission-based, and more. There are new additions that make this a new experience even for a person like me who has played its two predecessors. There is this new super dash mechanic that lets you fly towards your enemies in a single leap with shields up and even deals damage. It’s actually quite helpful in terms of getting the initiative against your opponents.

The Engage system allows players to partner up with another character so that they can boost their stats immensely and get the burst effect right away. This is a very important ability to use against very difficult enemies that they face along the way.

There are new weapons added to the game as well and some of them are the Biting Edge (dual wielding blade weapons), Heavy Moon (circular blade), and the Raygun. Each has its own unique gameplay, advantages and disadvantages.

New Aragamis and new types of these monsters are present as well. These new Aragamis can be defeated by the same regular means like the ones in previous titles, but the new types called Ash Aragamis are quite difficult. Missions with these types tend to be very difficult and can be punishing if you are not prepared beforehand.

Compared to the previous titles, the third game has new battlefields that experienced players are not familiar with. This presents a whole new challenge for them because they will have to know the routes again in order to gain advantage.

The only gripe I have for God Eater 3 is the headquarters. It feels empty to walk around and you meet most of the time the same characters over and over again with almost no changes at all. Again, this is mostly the same with the previous titles. I have to say though, the loading screen from one floor to another is so smooth that it opens seamlessly like there was no loading screen at all, which is amazing in my opinion.

Overall, the gameplay is quite enjoyable and challenging this time around. Players will be pushed to their limits due to some new mechanics, new Aragamis, new weapons, and new environments.

God Eater 3 has a pretty straightforward story this time around, but there are some hints of some plot twists at some point. The main characters are all honest people and just speak the truth whenever they are asked about anything by their peers. God Eater 3 can be understood right away without squinting your eyes for any hidden plots in between. And as usual, all of the characters in it have pretty dark origin stories to tell. The Adaptive God Eaters, or AGE, are pretty much like expendable people that were exposed to crazy experiments and turned them into weapons that can be thrown away.

If you are looking for some hidden agenda in the story though, the higher ups have some shady plans for the main characters.

For the story, this game almost has the same dark tones as the previous titles, but with an almost straightforward plot.

God Eater 3 has some awesome beats to listen to especially during missions. I can definitely listen to the whole soundtrack all day long because it’s so upbeat and refreshing to listen to. It actually encourages me to move my character again even though I got knocked out once. It also sounds so intense at times as well especially when the story gets to a pretty dramatic plot point.

The voice acting is done well too and synchs almost perfectly with the lips animation from the 3D character models. I always appreciate such details done in such precision. The English voice acting is not that great yet not that bad. It’s just a so-so for me for that part.

God Eater 3 has a great replay value because it allows players to replay story and optional missions. This gives them the chance to grind as much as they want for the materials that are required for creating that sweet new weapon, armor, or gun.

Playing the game is not boring even if you repeat the same missions again and again because the enemy AI is quite unpredictable at times. There are numerous ways to defeat a boss Aragami, which gives it tons of replayability for a player.

God Eater 3 is tons of fun with stunning new visuals, new weapons, new foes to face, and more. The game will even get more content in the coming months with the scheduled updates coming. This is definitely a must buy for a fan of the series. Players who are new to the game might enjoy it as well.

Disclosure: This review is based on a review code provided by Bandai Namco Entertainment. Read our review policy to know how we go with our game reviews.
Tested: PS4

God Eater 3 – Review
Score Definition
When the issues of a game are rolled and stomped by its greatness, then it’s something to invest on if you have some spare.
Pros
Stunning new visuals
New gameplay mechanics
New types of Aragami
Well-deserved difficulty levels
Amazing soundtrack
Great voice acting
Cons
Feels empty to walk around HQ
Not much character customization
8.8
Great