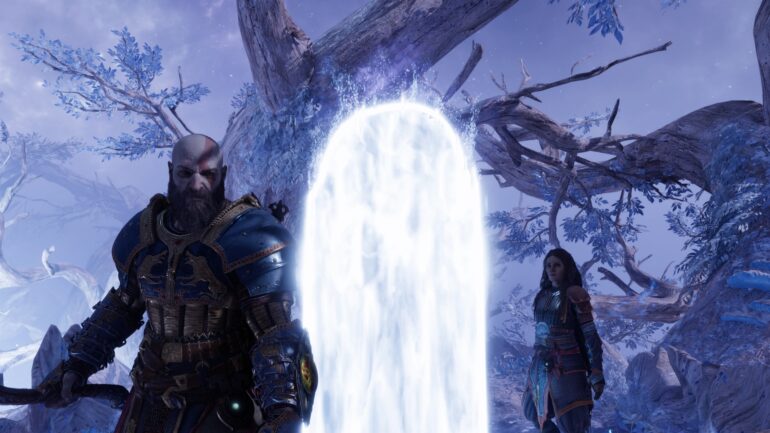 Guiding Light is among the various favors you can find in God of War Ragnarok. After the events wherein Atreus travels with Thor in search for pieces of the mask, Kratos and Freya travels back to Midgard to find the Norns.

Read on, and this guide will go over everything you need to know to complete the “Guiding Light” Favor, including where to find all the collectibles and chests along the way.

How to Unlock the Guiding Light Favor?

Interacting with the “Rune Read” (Lore) at any of the wreckage sites for Tyr’s statue initiates the Guiding Light favor automatically. There are four of them, three to the north and one to the east of Tyr’s Temple. In our case, we found the one in the east first.

The Wreckage sites of Tyre’s Statue can be found in several different locations across the Lake of Nine region in Midgard. Each location contains a Rune Read, along with a dig spot that yields a piece of the Guiding Light Armor and 1 Jotunheim’s Essence.

This can be found southeast of Raider Stronghold. Collecting the dig spot will yield Jotunheim’s Essence, which can be inscribed in the Amulet of Yggdrasil.

This can be found northwest of Raider Stronghold, sitting on top of the frozen lake near Tyr’s Temple. Collecting the dig spot will yield the Breastplate of Guiding Light.

This can be found northeast of Raider Fort, in between 2 stone pillars. Collecting the dig spot will yield the Gauntlets of Guiding Light.

Lastly, this is hidden behind the thorns not far from The Oarsmen’s entrance on the Shores of Nine (where Atreaus previously went to). Kill the group of Hel-walkers and beasts first, then use Kratos’ chaos blades to burn the thorns. Collecting the dig spot next to it will yield the Waist Guard of Guiding Light.

Watch this video by KhrazeGaming detailing 10 Biggest MISTAKES That Will Hold You Back while playing God of War RAGNAROK: