First, a note. I will try to not get too much into details, but to completely avoid reading unwanted story information, a “[Warning: the next paragraph contains a minor or major spoiler]” alert is displayed before every section that carries it.

Kratos’ Norse mythological saga is nearing its end, and there’s a lot to unpack even in the first few hours of this epic. Unexpected revelations are thrown in, axes and punches are thrown out, all to present our favorite God of War as an older and wiser man. One might say the whole opening act is an effective hook to the grander scheme of things. To the end. To Ragnarok.

So let’s pause here for the moment, like how I stopped playing for a couple of days just to absorb all that has been presented. And if you haven’t, check out my spoiler-free early impressions here.

“The culmination of love is grief, and yet we love despite the inevitable. We open our hearts to it.”

God of War Ragnarok looks beautiful throughout the entire experience. The environment perfectly complements the emotions the story wants to evoke. Every scene is crafted with detail in mind. Realms visited in the previous entry look new, as most of them are viewed in entirely new areas or regions. Others have been overhauled, like Midgard now being covered in snow because of Fimbulwinter. Because of this, instead of traversing the Lake of Nine in a canoe, Kratos and Atreus now get to ride their sled, carried by two of their wolves.

[Warning: the next paragraph contains a minor spoiler] The pet wolves are new to the franchise, but they’re already fully grown and well-trained, listening to their master’s commands loyally. They help get around faster but are only used when adventuring through the icy aforementioned Lake of Nine. Both of them point their noses to where the protagonists are supposed to go. [End of spoiler]

Unlike the duo’s new wolves, Kratos’ old trusty arsenal from the previous game returns. This time, with added weapon signature moves, activated by holding the triangle button. The God of War can infuse ice magic into his Leviathan Axe, and fire magic into his Blades of Chaos. When set in motion, these two deal extra damage to their respective contrasting elements. As an extra, the Blades of Chaos now functions as grappling hooks furthermore expanding exploration options.

[Warning: this paragraph contains a minor spoiler] Later on in the game, a third weapon is introduced and has a crucial significance to the development of the story. Events during this time escalate from a sad reveal to a heartwarming connection between the titular hero and a certain small blue guy. [End of spoiler]

Even with war looming on the horizon (as the title suggests), the banter between characters never gets unfunny. Mimir at one point asked Kratos a question, to which he replied with a simple grunt. Mimir then retaliates with “use your words, brother”, and I couldn’t stop myself from smiling. It’s these little interactions that made traveling through the realms fun and lighthearted, amidst the obvious opposition of it all.

It isn’t a secret that players love to explore every corner and loot, and in extension, Kratos does, too. Companions notice this behavior and don’t hesitate to comment when our favorite dad goes off the beaten path. They only understand his decisions when they realize Kratos did so for hidden treasures.

Sidequests in this adventure are called ‘favors’. They can be acquired by talking to NPCs or are simply unlocked by progressing through the game. These favors vary from fetch quests, to even catching monsters with the use of a contraption similar to the Ghostbusters’ ghost trap.

Much of the game’s narrative revolves around fate, unconditional love, and consequences. The tiniest decisions, in order to achieve certain goals, snowball into a series of chaotic events that span not just an area, but most of the nine realms. And I’m only still talking about optional missions that branch out from the main quest. Yes, the game is big, and it’s filled to the brim with activities.

Going off-course isn’t a necessity, and characters say so explicitly, but doing so reaps rewards not just in terms of experience points and precious resources, but also with gorgeous landscapes that simply take one’s breath away.

Of course, all that beauty can’t hide the fact that the Norse mythology era is coming to its conclusion.

“To grieve deeply, is to have loved fully.”

The father and son duo are still dealing with the affairs of the first game, especially the content of their late mother’s mural in Jotunheim. Atreus frequently questions the meaning of the journey they’ve been through, and what’s about to come. Kratos deals with all of this, while also still training his son to be the man he’s supposed to be.

[Warning: this paragraph contains a major spoiler] Atreus is now a playable character and has his own unlockable skill tree. He can also be equipped with runes that enchant his equipment for buffs. His playstyle directly rivals Kratos’ slower but powerful attacks, and he mostly never goes out alone. Atreus tackles his issues by thinking about what his dad or Mimir would say and do, leading to some funny quips and self-conversations. [End of spoiler]

Kratos and Atreus still walk on the path as foreseen by their mother, but will they be able to alter their destinies for a better one? Or is what they’re doing still going to end up the way they saw it? In the first game, it was shown towards the end that all the prophecies in Jotunheim came true. And in one of Faye’s depictions, an ominous future was revealed. This painting raises one big question – will Kratos die in this finale to the saga?

“Open your heart to the world as you have opened them up to me, and you will find every reason to keep living in it.”

God of War Ragnarok is a masterpiece in all aspects and is a very strong contender for the Game of the Year 2022 title. The buildups towards the climax felt like the end of a very long, but satisfyingly attractive, tunnel. It’s definitely one of the games on my list I wish to play again for the first time. 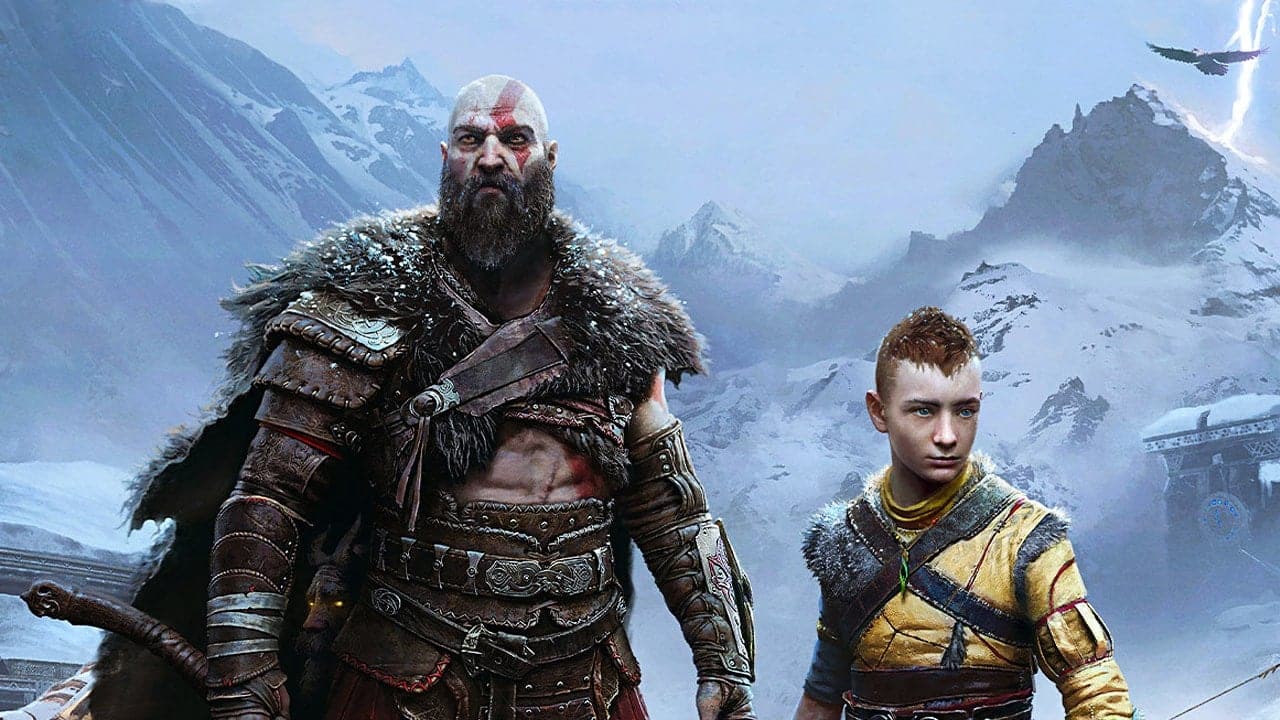 God of War Ragnarök – Review
Score Definition
When a title gets a grand number, it’s a video-game worth spending your whole life in.
Pros
Superb writing
Great pacing
Satisfying combat
Pretty visuals
Voice and acting is great
Cons
None!
10
Masterpiece