God of War Ragnarok Trophy Guide & How to Get Platinum 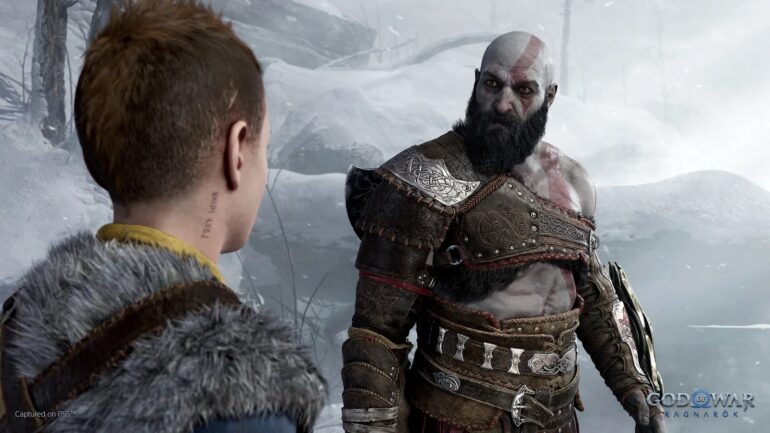 This is your Trophy Guide for God of War Ragnarok. The sequel to God of War 2018 is, by all accounts, a far grander adventure than the first game. Ragnarok allows travel to and from all the realms, meaning that traveling and exploration is more of a labor now than it ever was.

In this guide, we’ll tell you what you need to know in order to get the Platinum trophy for God of War Ragnarok.

There are 36 trophies in to collect:

I want to make a note that exploration and collecting only account for a handful of trophies in total. The bulk of the trophies earned are either collected naturally as you progress through the game or is tied to equipment – be it leveling up or making certain sets of armor.

As per normal with the series, there are many trophies tied to fighting bosses in the game. Those are primarily reserved for either bronze or Gold trophies. Silver is more associated with upgrades and the resolution of various Favors.

Collectibles are also broken up to several doable objectives. These are far easier to do when you have all the equipment and skills needed to fully open up the map. Otherwise, you’ll be collecting many of them to sell to the dwarves for decorative displays.

The most important to know about trophy collecting in God of War Ragnarok is that you’ll be having a slow start. At about 30-40 hours, the number of trophies collected will significantly increase after completing more Favors and battling more challenging encounters. It’s almost as if you are encouraged to look for tough enemies. It’s the only way to get high-tier materials to upgrade to level 7-9.

Trials of Fire is basically Trials from last game. Only less exciting.

Chances are you spend most of your time doing the Collector trophies. Some relics and sword hilts are tied to end-game side missions like Fit for a King Favor. There aren’t that many shields in the game so you’ll be getting Phalanx simply by progressing the story.

And that’s it for all the trophies in God of War Ragnarok. If you’re looking to fully platinum this game, you’re looking something close to 50+ hours. Even more if you’re playing it at Give me God of War difficulty.

Check out our review of God of War Ragnarok:

Also check out this funny trailer from PlayStation’s YouTube channel where Ben Stiller, Lebron James, and John Travolta come together and discuss the struggles of raising children with their kids present.