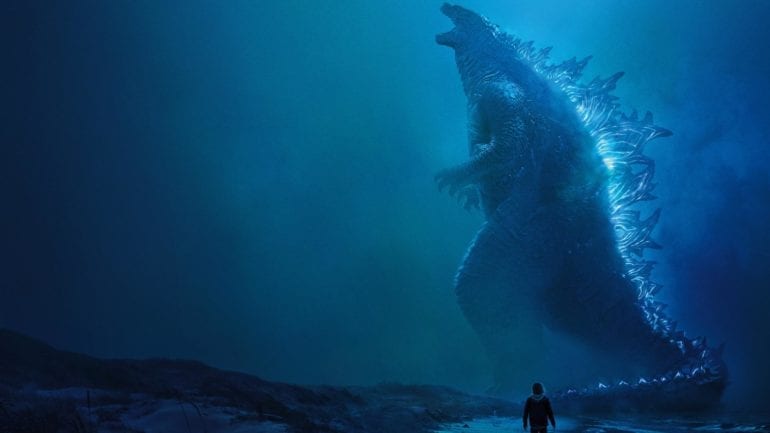 Godzilla as everyone knows is one of the greatest titans to hit the big screen and fan culture. As to celebrate the coming Godzilla Festival Extra Edition in Shinjuku this May 22, 2021 where all Japanese fans celebrate all the films of Godzilla and hear the new future projects for Godzilla, let’s get to know more of his greatest enemies as we explore who they are and what were their encounters.

Gigan is alien cyborg kaiju that debuted in 1972 film, Godzilla vs Gigan. He is considered as one of Godzilla’s brutal enemies due to the modifications made to its body, sporting a buzzsaw weapon located in his frontal abdominal region, large steel hooks for hands with smaller ones for toes, spikes running down his tail, three, large fin-like spines on his back and a red cybernetic visor for an eye.. Sadistic in nature, Gigan is considered deadly and at the same time a worth opponent for Godzilla

Megalon is giant insectoid that appeared in Godzilla vs Megalon. This insectoid resembles a cross between a rhinocerous beetle and a cockroach. Despite being an underground creature, Megalon is noticeably colorful, combining silver and grey tusks and claws with an orange-and-black carapace and wings. It’s forelimbs is equipped with two sharp, drill-like appendages, which are never seen to be individually prehensile.

Baragon first debuted in Frankenstein vs. Baragon. This mammal like reptilian creature with it’s maroon skin, big horned nose and floppy ears can shoot flames from its mouth and dig itself underground to surprise his prey. Not only that, this creature can easily shield himself attacks aiming at his head with its big ears. Baragon can be considered as one of Godzilla top enemies as he gave Godzilla hard time laying blows on him.

Mecha Godzilla, debuted in Godzilla vs Mecha Godzilla in 2002, is a cyber enchaned mecha that was based on the remains of the 1st Godzilla that died from an oxygen bomb. It was first created by the Japanese Government to defend itself from rampaging monsters such as Mothra and Gaira. When it was launched, an unexpected turn of events occurred where its memories as the 1st Godzilla reawakened as it faced off the new Godzilla. Thus, turning against its creators and destroying Tokyo. Over the years, Mecha Godzilla had its appearance changed from Missile Launchers placed on its arms to having railway cannons on its shoulders. Mecha Godzilla is and always considered a threat to both titans and humans alike.

King Kong is an iconic creature that debuted in the west. Its first appeared in the Godzilla universe in the film, King Kong Vs Godzilla, in 1962. This enormous ape first faced off Godzilla when its was captured by a group of expeditioners but escaped after landing in Japan. His enormous and agile like reflexes made it easy for him to defeat Godzilla as it was resistant to its atomic flare and was his physical strength nearly dominating him. In the original movie, both monsters clashed with one another as each of their strengths clashed with one another only for it to end in a draw.

Rhodan first appeared in the 1956 film, Rodan, and alongside Godzilla in the 1964 film, Ghidorah, The 3 Headed Monster. This flying kaiju is similar to large a pterosaur that walks upright on two legs. His name in the movie is known for as the flying fire demon in which can fly very fast covered in flames to engulf the life of its prey and can shoot toxic gas that ignites and causes severe explosions around its target. Rodan not only considered as Godzilla’s enemy but as well as his closet ally despite having different points of view on protecting humans.

This 3 headed dragon/kaiju is considered as one of Godzilla’s greatest nemesis. This creature debuted in the 1964 film, Ghidorah, the Three headed dragon. Throughout the history of Godzilla, nothing is more dangerous than facing off against this kaiju. Ghidorah originally came from another planet in hopes of conquering earth by besting all the mightiest creatures living such as Rhodan, Mothra and more. Ghidorah’s abilities are as deadly as its size. It can shoot gravity beams and cause hurricane winds and thunder sparks when flapping its wings. Personally, Ghidorah is truly a force to be reckon with and no matter what people say this creature is immortal to its legacy.

This female creature first debut in the movie Godzilla vs Biollante. Biollante is a man made mutant female that was infused with Godzilla’s cells. Her original human form was the deceased daughter of Doctor Shiragami, Erica. In order to revive her out of desperation, the professor injected her corpse with rose cells infused with Godzilla’s DNA in order to not only make her invincible but also to restore her to life. However, her body suddenly changed in a form of a rose plant and started attacking people. Godzilla confronted her as she continued to grow and destroying anyone or anything on her path. Her high speed regeneration or healing factor made her immune to Godzilla physical attacks but was easily defeated as soon as Godzilla used its atomic flare causing her to combust.

Destroyah is kaiju that debut in 1995 film Godzilla vs Destroyah. This crustacean kaiju changes its appearance rapidly after defeating and senselessly brutalizing other kaijus. Unlike the other kaijus, Destroyah seems fully aware of its surroundings and takes pleasure in causing destruction. His cruelest act among his destruction was when he attacked Godzilla Junior and eventually kills him while he was trying to reunite with his father. While grieving over his son, Destroyah attacks him and laughs as he drags Godzilla by the neck. In an attempt to defeat Destroyah, Godzilla teams up with the G forces using their combined weapons and Godzilla meltdown are what ultimately killed Destroyah as it was in pain.

Godzilla’s enemies are truly a force to be reckon with. Each of them are a force to be reckon with. If you guys are interested in learning more about them, try to visit the upcoming Godzilla Film Festival in Shinjuku, Japan as they celebrate and discuss each of the films that Godzilla and his enemies starred at. For more info, please visit this link, ( http://godzilla.store/gfes/2021bangai/ ), to know more info