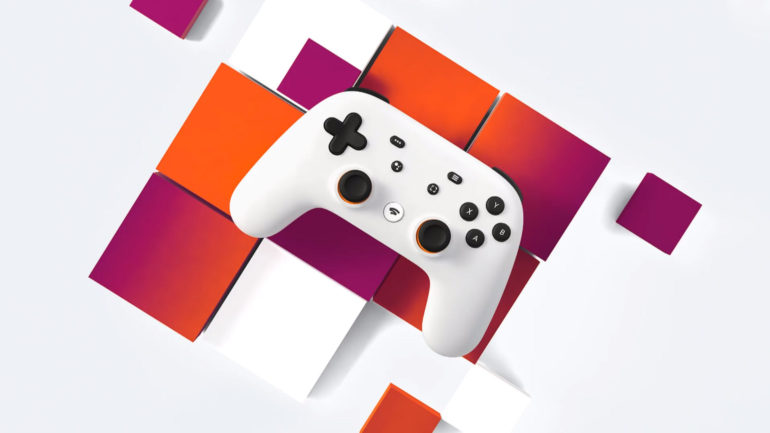 Google Stadia’s been out for a while now, and the amount of things have gone wrong still outnumber all the right things recently. There’s no way to sugar coat it – the product is a bust. And though there still remains optimism for Stadia, there’s no denying that the botched launch and the subsequent silence that followed speak volumes with regards to Google’s continued “commitment” to the product. Still, the service is still kicking in 2020. Though expectations are at an all time low.

As a concept, Stadia was supposed to be the one piece of tech that bridges the gap between player and hardware. In theory, Stadia was to replace consoles and gaming PC’s by taking care of things on the hardware side. How? By having their powerful servers do all the heavy lifting, Google would allow players instant access to games with no downloads and no updates. The whole pitch was an easy sell to tech savvy people who look at this stuff as if its the next big thing. It’s the gamers who needed convincing. Sadly, not only did Google fail to deliver on numerous promises, it’s taking its sweet time in righting its many wrongs to the Stadia community.

The idea of cloud based gaming isn’t exactly anything new. There have been some attempts at this type of tech over the years. Unfortunately, none so far have come close to fully realizing this idea. The primary reasons for failure usually boils down to network lag and internet speeds. What sets Google’s endeavor apart, however, is the scale of the launch. No other company could dare to launch on the scale Google was trying. And what a disaster of a launch it was.

A whole host of issues plagued the launch of the game. At the top of my head, there was the incident where Google took two full days after launch to send out all the access codes for Founders Editions. The most perplexing thing is the fact that a number of delays occurred because Google had to wait for physical packages to be shipped before sending out the codes. The codes are what players need to access the service! NOT THE BOX! I don’t understand why they had to hold off on sending over a piece of data.

In some cases, more recent buyers were getting their stuff sooner than the ones who pre-ordered the damn thing. These are the people who trusted Google and expected to be among the first to try out the tech. It’s like having someone cut into line right in front of you and you’re supposed to be cool with that.

The reviews for Stadia were a mixed bag, at best. Scattered reports of frame drops, stuttering, and general unplayability run rampant. Watch a few vids on YouTube and you’ll get the idea real quick. The occasional good review does show up from time to time. When the tech does work, it offers a good experience and having no downloads is a major positive that everyone seems to agree on. From what I’ve seen online, however, it seems like the reviewers who are having no issues with Stadia are those whose content are generally focused on tech. That’s not a knock on them on anything. Stadia is a piece of tech and games are a part of it.

Here’s my take on this; if that’s what it takes for Stadia to run smoothly, what hope does the every-man, who cannot afford blazing fast internet, have? Not much, really. But one may argue that Stadia is cheaper than new consoles. Hmmm…. Not really. At least in terms of value.

Let me break it down to you, Google Stadia is a one-time $130 purchase – for the controller and Chromecast Ultra that’s going to be on your 4K TV. Additional expenses include a $10 subscription to play at 4K resolution; also allows for discounts on certain games, and $20-$60 per game purchase. The games cannot be bought on Stadia itself; you’ll need to download the Stadia app on your phones to make purchases. All in all, that’s upwards of $250 to spend on the system and a few games. Unfortunately, there is only one exclusive. The rest are re-releases of games that are already out in the market for some time now.

For the modern gamer, buying Stadia must be a no-brainer, right? The ability to play any game at the press of a button; with no downloads, and at the fraction of the cost of a brand new console. Unfortunately, Google was playing an entirely different tune in its presentations.

For the longest time, Google was setting up Stadia up as the thing that’ll replace PC’s and consoles. But when the dust settled, and the reviews started coming in, the system itself doesn’t even achieve the thing they promised gamers. Games like Destiny 2 and Red Dead Redemption 2 don’t run on 4K/60 FPS as promised. Furthermore, the noticeable lag is unforgivable, especially in games that require split second decision making like in Destiny. To cut it short, it’s not for core gamers. Now, this speaks more of Google’s remarkable ineptitude rather than about Stadia’s capabilities. This is further reinforced by the fact that they’re not above throwing developers under the bus for failing to keep their 4K promise.

If the gaming system wasn’t going to fly with gamers, then who was Stadia being marketed towards? From my understanding from Google’s various PR announcements, it’s everyone. And no one. At the same time. Here’s why.

The marketing for Stadia was all over the place. Even before E3 2019, there was a lot of hype dubbing Stadia as the next big thing in gaming. Somehow, Google thinks that if you throw the right words around, that automatically ensures success. Still, that wasn’t enough. So, Google decided that they needed to widen the net. Around the time of launch, it was reported that Google was promoting “gender neutral” controllers. From what I can gather, the only thing that set these controllers apart from industry standard was the fact that Google’s controllers didn’t follow traditional “masculine” designs. (Whatever that means.) As a result, wasabi green is a color option because a study says that particular color is gender neutral. I really don’t get it.

This brings us to the launch trailer for Stadia. It’s trippy and exhibits the same sort of attitude as the WTF culture that was once popular in YouTube. Personally, I think it’s really out of touch… with anything. All of this can be excusable though, if not for the fact that the whole trailer paints a completely inaccurate picture of what Stadia is post launch. I would have forgiven it if the trailer launched next year and certain details have been ironed out. But as it stands, it’s a whole lot of bullshit. (Pardon my language.)

Google as a company, is practically tone deaf to its customers. They cry foul every time someone calls them out on their lies and broken promises. They casually brushed off concerns of overheating Chromecasts. The only positive I’ve been hearing thus far is the fact that they are willing refund customers who bought Tomb Raider: Definitive Edition and Farming Simulator 19 when the games were to be made free on their subscription service for December. All this happened in a time span of a couple of weeks after launch. As if announcing key features will be missing at launch wasn’t bad enough.

One can’t help but feel that Stadia has one foot inside the Google graveyard. With the ever grown number of controversies, and missteps Google’s taken, it’s completely understandable. 2020 is going to be a make or break year for the system. The company’s got to do something about the brand’s damaged reputation, or at least re-brand it in such a way that it is more appealing to a certain group of consumers. And on top of all that, the system will have some stiff competition in Microsoft’s Project X Cloud. Even now, the beta version of the service is already blowing Stadia out of the water.

I just wanna say that there is so much potential with this new tech. If Google were to fulfill even half of its promises, that’s already one huge leap forward for cloud based gaming. Only time will tell if Google Stadia lives up to the promise or fade away into obscurity. So far, it’s immediate future is still looking shaky.

So, how is Stadia doing lately? We are in the first months of 2020, and things are progressing slowly for the system. After a long period of silence from community managers and a growing list of concerns from its faithful user base, it seems like Stadia is finally making good on some of its promises.

First was the announcement of more than 120 new games in the span of 2020. Followed by the announcement of several new games hitting the system before anywhere else. It might not be much, but more games is what the system needs. Next is the assurance that Stadia’s free tier is only a few months away. This is good news for those looking to try the service without committing to a monthly subscription. And finally, starting on February 20th, Stadia will be available on SOME Samsung, Asus, Razer phones. If you are rooting for Google Stadia, this is very good news.

Looking many months and years ahead, Google’s acquisition of studios is still in the cards. The new acquisitions in questions are long time developers from Ubisoft who have worked on games such as Assassin’s Creed and Watch Dogs. The new team is currently working on games in their first original games studio in Montreal. It’s also worth mentioning that Stadia recently added Typhoon Studio into the fold. (Typhoon also have former Ubisoft developers on their team as well. Their latest game is Journey to the Savage Planet.)

I gotta give credit to Jade Raymond here, she brought in some pretty heavy hitters to join the Stadia family. Now here’s the issue I see with this new development studio though. Given the fact that Stadia’s launch was nothing less than spectacular, will they be able to hold things together in time for the team to make a full game? Do keep in mind that developing a AAA game for your flag ship system will take time – like in the ballpark of a couple of years, at least. Stadia might not be alive by the time a new game is out.

That’s all I’ve got on Stadia as of late February. I don’t think there’s much more to add until the 2020 updates are out and the users pass final judgment. Stadia NEEDS to make it work somehow within the year. So, I’ll just wrap this up and put this one in the books while waiting for the next part of the saga to unfold.

Though make no mistake about it: I do believe that cloud gaming is the future. We are just not there yet. And for people living in third world countries, the wait is even longer. If you live in countries like mine, buying physical game copies is greatly preferred over streaming services that cost an arm and a leg. Hell, gaming as a whole is a rich man’s hobby over here. If we’re both lucky, maybe a complete Stadia will be available at a time when our country’s internet infrastructure isn’t crap. (Heh. One can dream.)