The expected download size on the PS5 also got revealed. 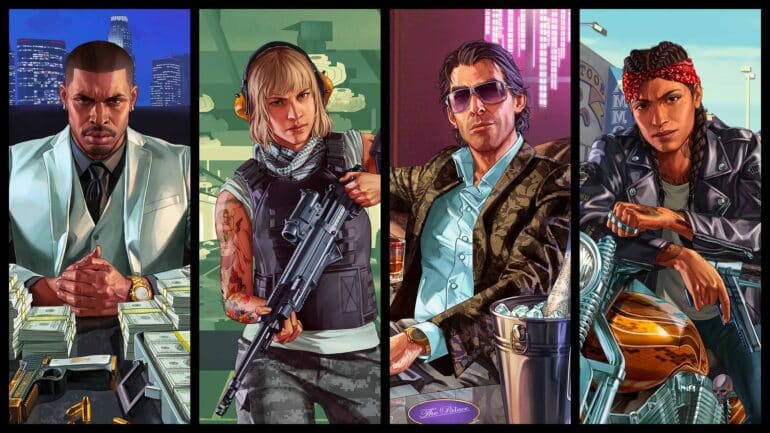 Pre-load for both GTA V and GTA Online are now available for those who have pre-ordered digitally through the PS5 console store. To note, players who have bought GTA V on PS5 will be able to get GTA Online for free for the first three months from the games launch on March 15, 2022.

For players who are planning to pre-load the game will have to expect a rather large download. Prepare to delete at least 100 GB worth of games to vacate their storage on the PS5. According to the PlayStation Game Size Twitter account, the game’s download size is exactly 86.837 GB in version 01.001.000. This could change when new updates will be released post-launch.

What to Expect on GTA V and GTA Online on PS5?

Players who will play the game on the PS5 console will be able to enjoy new graphics modes including up to 4K resolution, a framerate of up to 60 FPS, improved texture qualities, HDR options and ray tracing, faster loading times, immersive 3D audio, and more.

Can You Transfer Story Mode Progress from PS4 or Xbox One?

Yes. Players can now upload a save from their PS4 or Xbox One console via the Rockstar Games Social Club. They can migrate their GTA Online character when the game launches on March 15, 2022. They also get a bonus of a fully converted Karin S95 by Hao’s Special Works, Hao’s Special Work Racing Outfit, and new Chameleon paints usable on all vehicles.

What Can the Career Builder Do?

The Career Builder allows players to give new players and others who want to reset their character a good start with big benefits. By doing this feature, players will have a business property, a vehicle, and a weapon. The also get a GTA$4,000,000 as well. The can choose from a selection of the most popular criminal career paths in the game like the Biker, Executive, Nightclub Owner or Gunrunner.

Grand Theft Auto V and GTA Online launches digitally on March 15, 2022 on the PS5 and Xbox Series X/S with the physical release this coming April 2022.