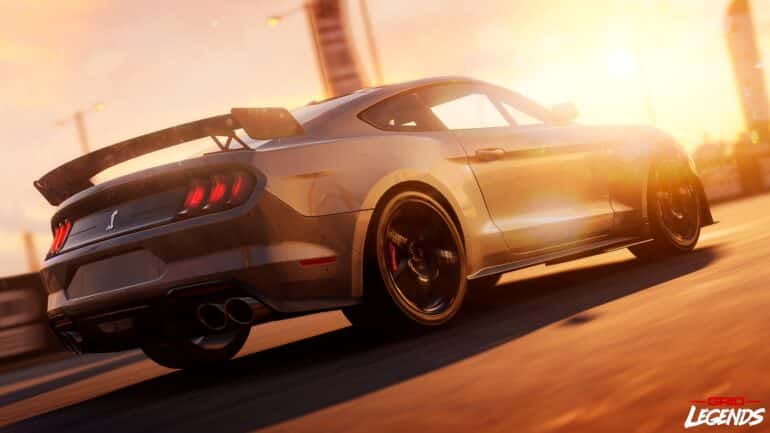 Grid Legends has been confirmed to be released next year, February 25, 2022. It will feature the biggest variety of game modes and it includes a deeper Career with over 250 events. The story mode will be epic with the title Driven to Glory with the return of Drift and Elimination, and the introduction of Electric Boost racing.

At launch, players of all levels can drive behind the wheel of over 100 vehicles right away. They can race around the world from classic tracks to iconic city locations, and also connect with friends and rivals in second with cross-platform multiplayer with the help of the hop-in feature.

There is a new Race Creator which allows players host their dream multi-class matchups and allow various types of vehicles race with each other in a unique track. They can also personalize the whole experience with other effects like changing weather conditions, time of day, or adding other obstacles.

“With the release date set, the studio is putting the final polish to our deepest GRID game ever,” said Chris Smith, GRID Game Director at Codemasters. “GRID Legends is an all-action accessible racer focused on variety and choice; deep career, a new innovative story mode and a Race Creator that allows players to create dream racing match-ups with deep personalization. And our new hop-in gameplay enables friends to connect in seconds and spend more time on the track and less time in lobbies.”

Grid Legends launches on February 25, 2022 for PS4, PS5, Xbox One, Xbox Series X/S, and PC via Origin and Steam. Pre-order the game to get the Seneca and Ravenwest Doublepack, which unlocks four additional cars for Career events: the Aston Martin Vantage GT4, Porsche 962C, Ginetta G55 GT4, and Koenigsegg Jesko. There will be exclusive Ravenwest-focused Career events and exclusive Seneca and Ravenwest team icons, liveries, and banners.